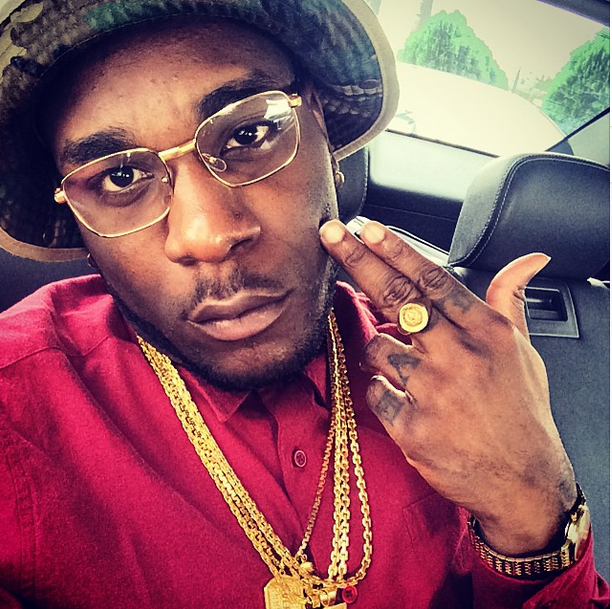 The Port Harcourt born producer Orbeat has taken to twitter to air his displeasure over the release of “Acting Bad” by Burna Boy without his approval or knowledge.

Orbeat is known for producing some hit songs in the industry such as Soke by Burna Boy and Sanko by Timaya. The producer calls out Burna Boy for not paying for the just released single “Acting Bad” which he claimed was produced by him.

The Daancehall act has taken no time is replying the allegations. 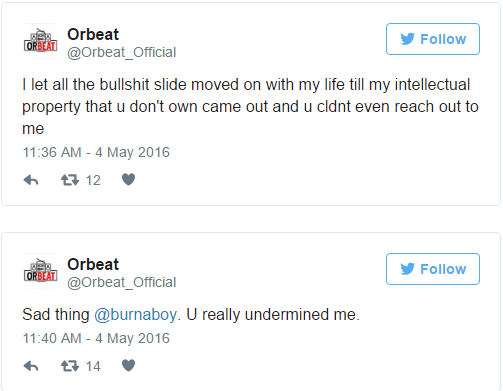 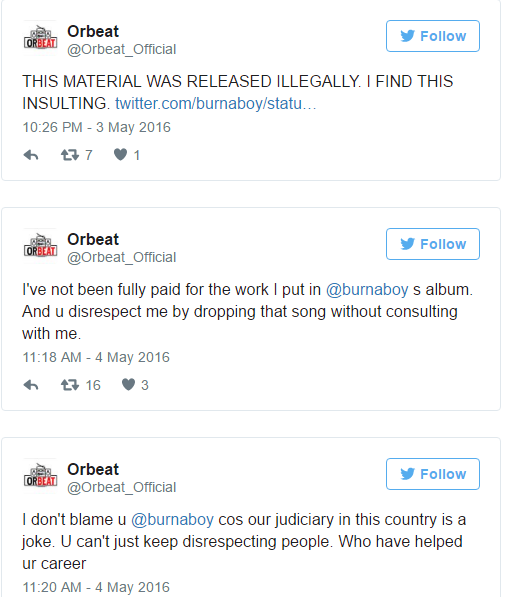 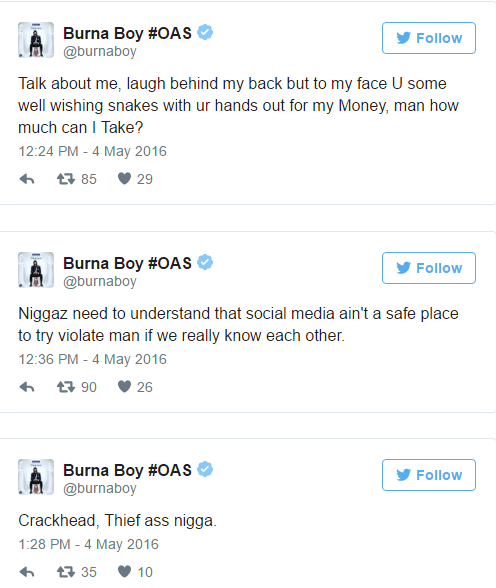 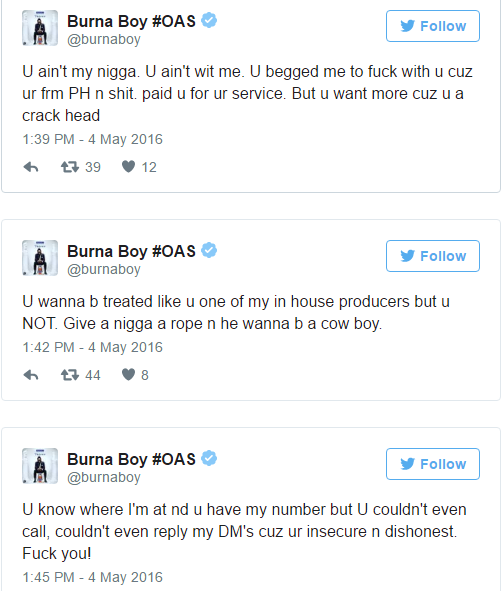 We will bring you more as it drops 🙂