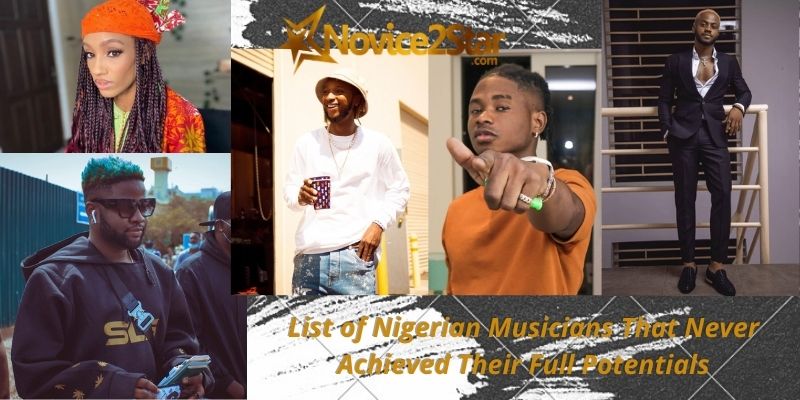 While every artist step into the game with the sole aim of making it big, some fall along the line due to one reason or another.

A lot of artists in Nigeria do not ever get to achieve their full potential most times because of lack of proper management. Some fall out of line as a result of bad record deals and others for reasons no one else knows.

This article is dedicated to 10 Nigerian artist who never truly reached their peak. 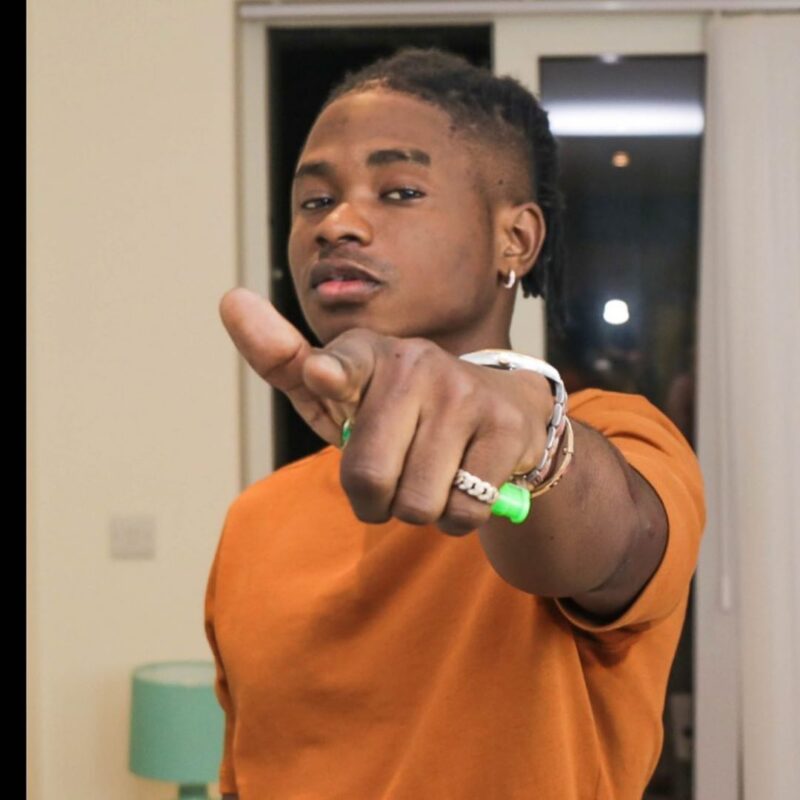 As a protégé under Olamide‘s YBNL record, Lil Kesh had a promising future. All was good for him as with the help of his boss, he was able to achieve a lot in the music industry.

He released several hit songs which included “Able God”, “Cause Trouble” and the wave making “Shoki“. These and many other songs made Nigerians see a promising future for the singer.

But the floating ship hit rock bottom when he finally thought it was time to go “solo”. On April 26th, 2016, the rapper/singer announced the expiration of his deal with YBNL record and he would not be renewing.

He went ahead to form his own, YAGI records. Since then, things haven’t been too rosy for the singer as much have not been heard of him like it was in his days with YBNL. 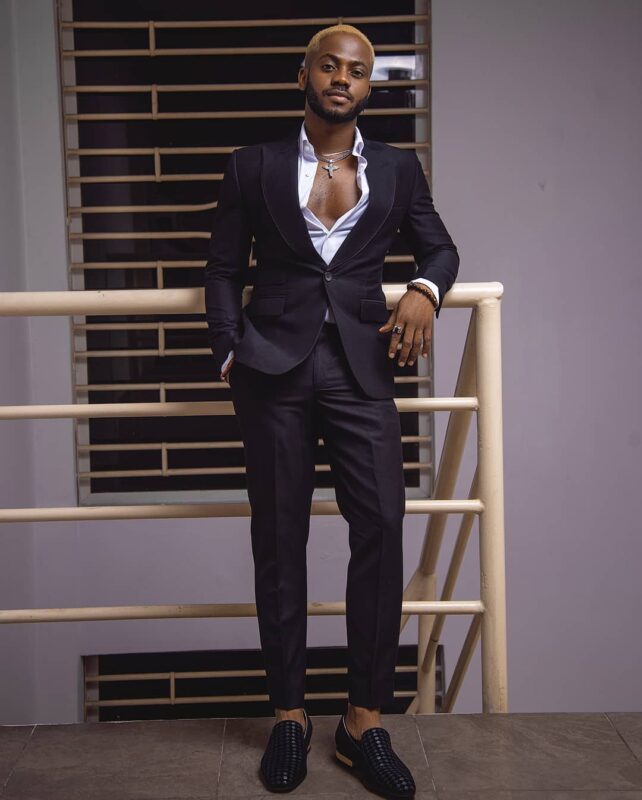 Korede Bello signed a deal with Don Jazzy‘s Mavin Records in February 2014 after successfully impressing Don Jazzy with his music.

He went further releasing songs like “African Princess” and “Godwin” and for the first two years of his career, it was all great for him as he was loved by many, especially for his melodious voice.

Fast forward to today, the artist has little or nothing to show for his burbling start of his career. He has gone ahead to do many songs since then, even in 2020, but did not receive half the attention he did way back. 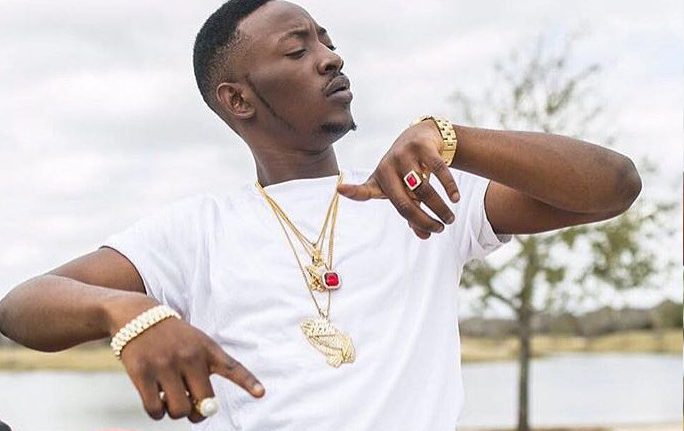 Known for his engaging lyrics, his crazy (in a good way) melodious voice and also his exciting genre of African Alternative Music, Dammy Krane received several recognition which came in form of nominations and awards.

He signed a deal with Hypertek Digital, owned by 2Baba in 2012. Shortly after, his popular hit song, “My Dear”, paved a lot of way for him including winning Rookie of the Year at The Headies 2012.

In 2016, he had a fist fight with Wizkid in a public appearance on the allegation that Wizkid stole his song. In June 2017, he was arrested in the United States of America for grand theft, credit card fraud and identity fraud and may other allegations including renting a private jet with a stolen credit card.

Although he was later freed of all allegations by a US court and was granted bail. These affected his career and till date, the singer has had a hard time getting back on his feet. 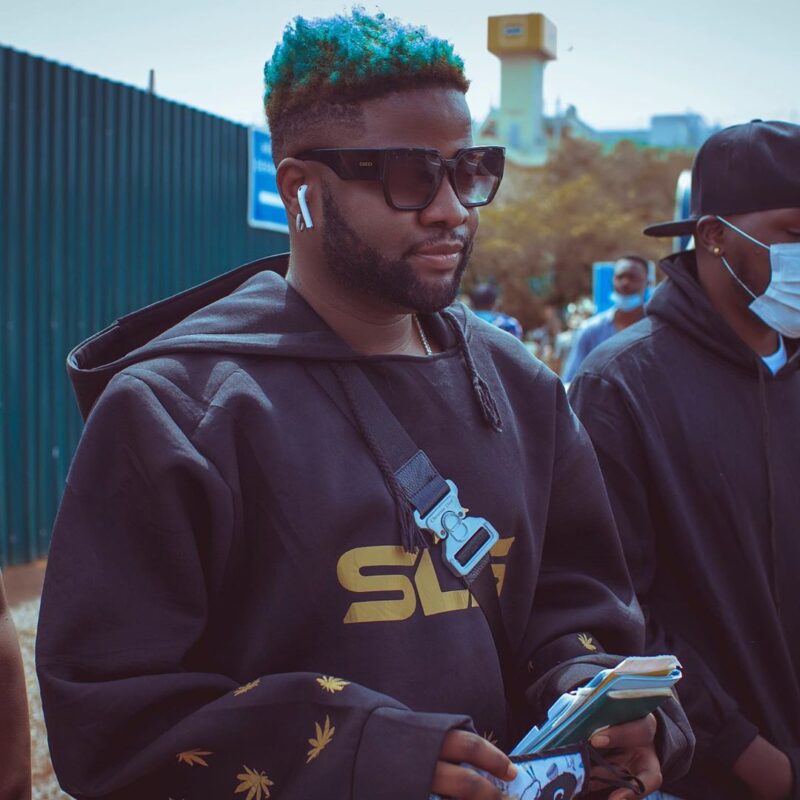 Skales started his music career in 2000 by writing rap songs. He first fell in love with music while attending to his mother’s cassette in the city of Kaduna. He met Jessie Jagz and Jeremiah Gyang between 2008/09 in the University of Jos.

After moving to Lagos in 2009, he signed a deal with Empire Mates Entertainment which was headed by Banky W. He had a promising career start and worked with several artist which included his label boss, Wizkid, eLDee, Ice Prince and many more. 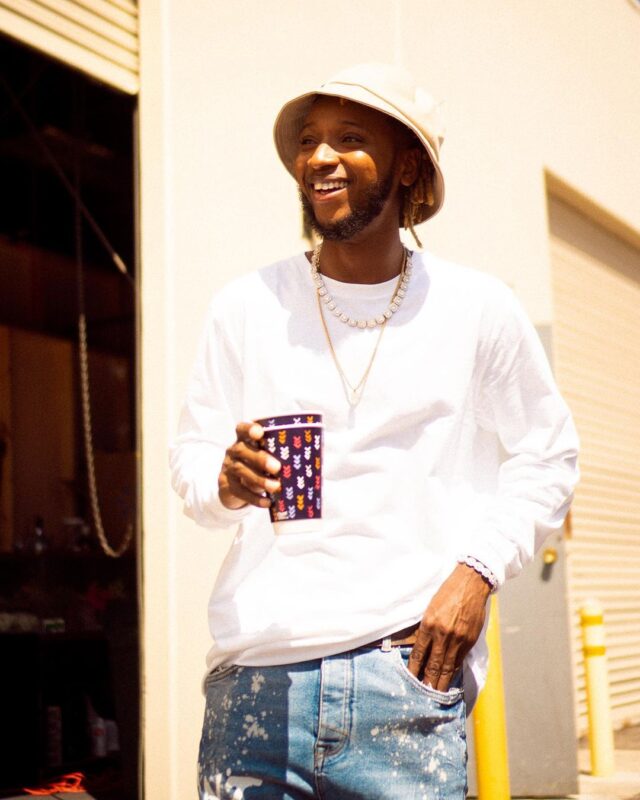 Yung6ix started as one of the most promising rappers to come from the southern part of Nigeria. Growing up in the city of Warri in Delta State, he discovered his love for music while in Secondary school.

He kicked off his career in 2009 after moving to Lagos. In 2010, he had landed a record deal and already in the industry with various hit songs such as “So Far Gone” and the likes. In 2011, he collaborated with Wizkid, “Follow Me” as the first song of his debut album. 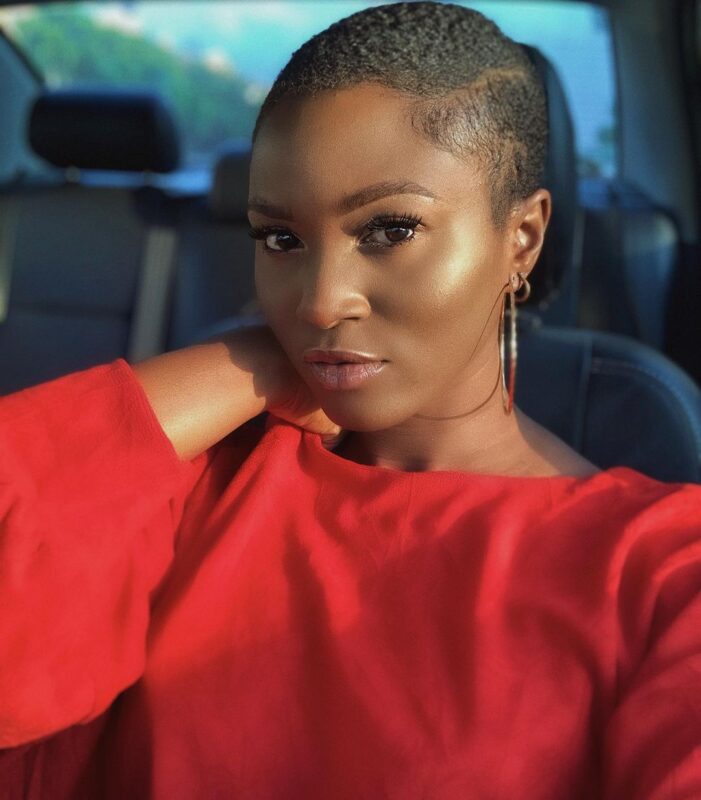 Also from Delta State, Eva was arguably one of the best female emcees in the whole of Nigeria in her prime days. She kick started her career in 2008 with several collaborations from various artists.

After releasing her debut EP in 2011 and another in 2013, Eva released her debut album, “1960: The Album” in November 2016. She went on doing several songs and videos for a short while. She worked with artists like Burna Boy, Ice Prince, M.I, Sarkodie and many others.

She is full time into make ups and costuming, art, poetry and most times does freestyle on her Instagram handle. 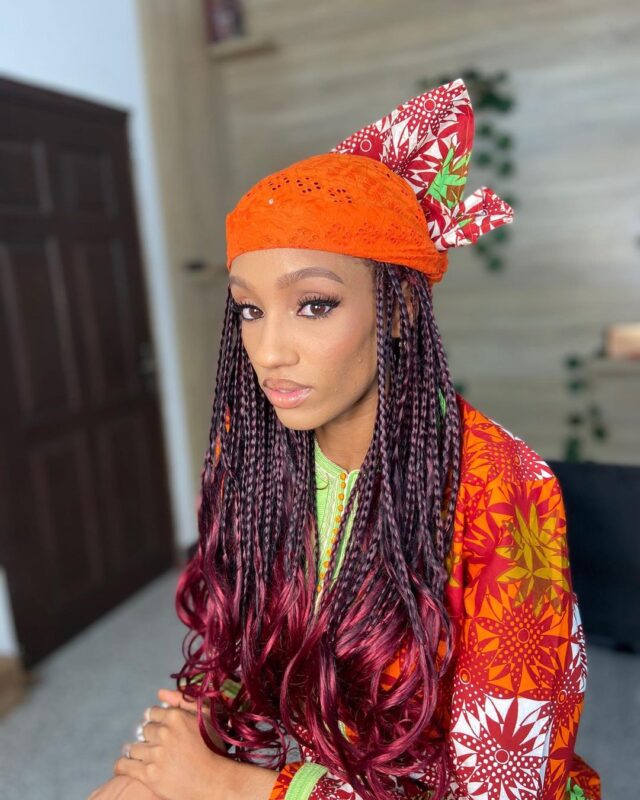 Di’Ja got signed to Mavin Records in as the second lady of the label. She had a great starting career. Her first single in 2009, “Rock Steady” made waves and got her a nomination.

In 2014, she got signed to Mavin Records and was featured in “Dorobucci” with other artists in the label. For the next one year, she had done other great songs which included her major breakthrough single, “Awww“.

She got married in 2015 and a year after, she had a son. It seems her family comes first over her music as she hasn’t really done much with less than five songs since her marriage. 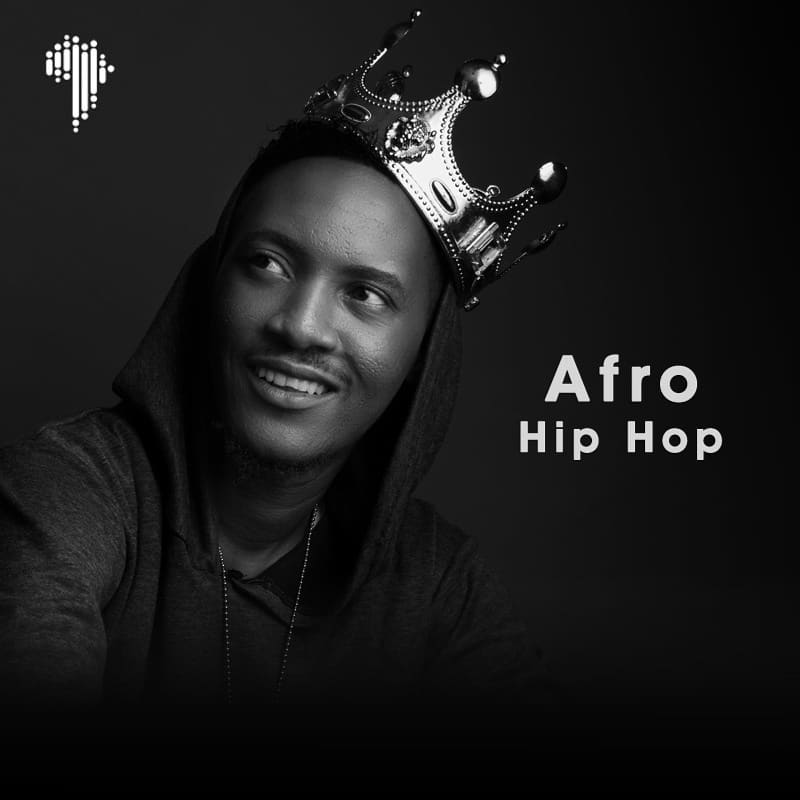 Jesse Jagz has been in the music business as far back as 2003. He signed a deal with Chocolate City in 2010 and released his first album, “Jag of All Tradez” same year. Three years after, he exited the label and formed his own, Jagz Nation, where he released two other albums in 2013 and 2014.

His entrance into the music scene had a lot to do with his elder brother, M.I Abaga. Although business did not go well together for both brothers, Jesse has gone on to doing his music solo.

He was a great rapper who had diverse musical knowledge that so many didn’t understand. He left Chocolate City a second time in 2017 to drop his fourth album after staying for two years. He released an EP in may 2020 but it never got massive recognition like he had at the start of his career. 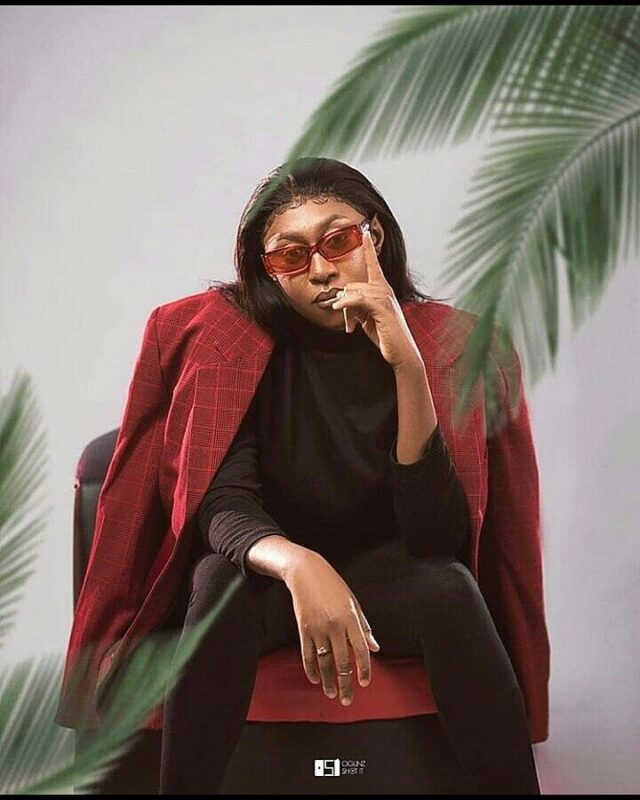 Also called Madrina, Cynthia Morgan, started her music journey in 2007. She gained attention with her two major singles, “Don’t Break My Heart” and “Lead Me On”. Her dancehall, pop, hip-hop and rap music made her stand up among other females in the industry at that moment.

It is rumoured that she sometimes have mental breakdown and depression due to the fall out which made fans set up a GoFundMe account for her. 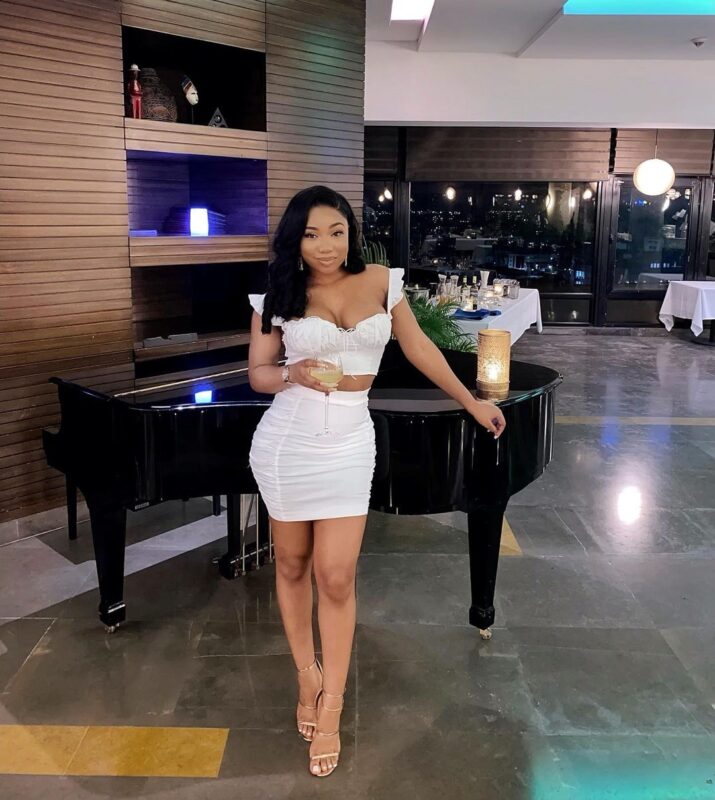 Mo’Cheddah is another female artists who started well but never had a big finish. She is a singer and rapper who gained publicity in 2009. She signed to “Knighthouse Entertainment” in 2010 where she released her first album. “Franchise Celebrity”.

She left the label in 2012 to form her own, Cheddah Music. In 2016, she got married to her boyfriend, Bukunyi Olateru-Olagbegi, a member of the royal Olagbegi family in Owo, a city in Ondo State. He is the founder and chairman of the Modern Democratic Party.

Mo’Cheddah now focus on her fashion designing career till present day and no music.

What other artist do you think we should have added to the list? Tell us below in the comment box.