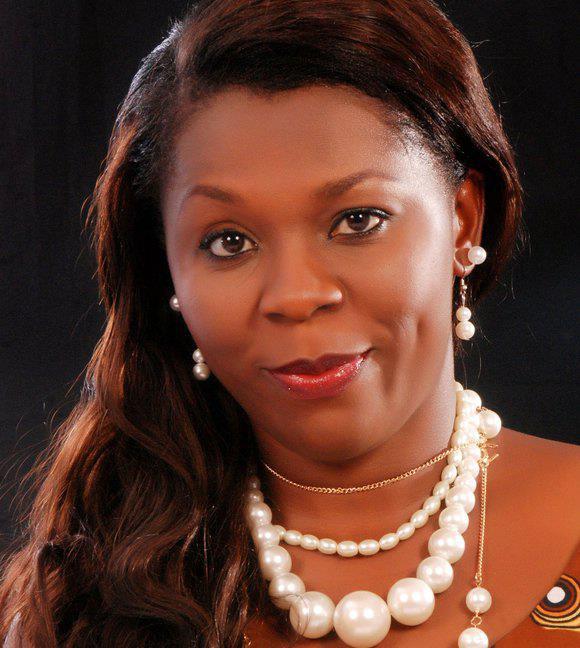 Born on the 8th of December in the Garden City of Port Harcourt, Darlene grew up with a clear sight of her eventual foray into the arts. Singing, dancing and acting came so naturally as a child, inspiring this ever young and creative lady to pursue a Diploma and Bachelor of Arts Degree, respectively from the Universities of Calabar and Lagos.Her early professional days as an artiste saw her enacting challenging
roles expertly. Her love for singing had her performing unforgettable soundtracks in home movies (Nollywood). Even her sense of the jocular could have easily turned her into a perfect comedienne.
This humorous actress has starred in over 40 flicks from 1998 to date, some of which include: Engagement Night, To Love forever, Love Entangle, My Guy, Honeymoon Hotel, The Verdict, A Will to Love, Uyai, Maama, etc.

She sees her role in the Opa Williams flick, ‘Maama’ as her most challenging role yet, winning her the ‘Best new actress’ award in 1999 REEL awards.
Darlene is a simple, humble, down-to-earth lady, with a magnetic personality which stems from her ability to work and get along with all. Her style and genre is a cut between Soft Rock and Soul. The
daughter of a journalist-father, she writes most of her songs; a gift that accentuates her rich and deep singing style, inspired by her consciousness to the yearnings of humanity. Her professionalism is as
admirable as her singing ability is adorable.

Darlene has been in the music scene since the early 90’s, performing in early episodes of ‘Night of a thousand laughs, and the very first ‘girls night out’ music event by Ayo Animashaun, done several radio jingles, countless movie soundtracks from 1995 to dates, and back-up vocals for several major artiste way back. (including Lt. shotgun, charleyboy, Daniel Wilson etc to mention a few)

Darlene is also a Nollywood movies scriptwriter, some of her works include: Brides Apart, The Other woman, The Mistress, Seduction, Raging passion, disclosure series, and A Will to Love’ amongst others.
She has also produced and co-produced a couple of home videos too.