Recently, while the lady was engrossed with a TV programme, her daughter needed attention and she called the help more than three times and the help kept responding that she was in the toilet. When it became unnecessarily too long, she tiptoed into the help’s room and opened the toilet door. To her horror, she met the help squatting with blood all over the bathroom with a stillborn newly delivered baby hanging in-between her legs. She screamed and ran out of her apartment into the street. The entire neighbourhood came out and it took the intervention of neighbours to calm her down. The neighbours also helped rushed the help to the hospital. While in the hospital, she refused treatment and claimed she drank herbs and was given some to insert in her vagina to force the baby out. The help said she was warned not to allow orthodox medical treatment.

When asked, the help explained that the pregnancy was six months old. Her employer said she didn’t know she was pregnant as she is a very slim girl and she thought that the small protruding tommy was just an evidence of good living with her. She was smart in discharge of her duties, so there was nothing to suspect. The help was sent parking afterward. Pictures of the stillborn when you continue. *viewer discretion advised* 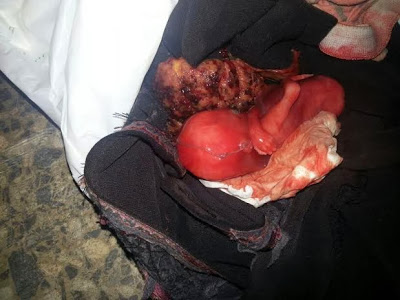 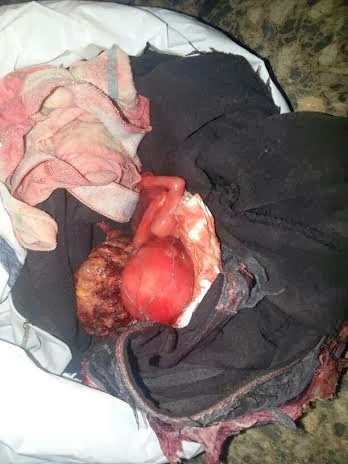