After a successful exploit of his Last UK single Bubugaga remix, which got 4 stars from the Daily Mirror UK and a great review from Mix mag magazine the Nigerian star is back with another single titled summer girl (samba). The electrifying sound fused with his afro-pop sound and style will definitely get you feeling like you are at the peak of summer which is not far away. Mr 2kay who was named by Nigerian Entertainment today as the acts to look out for in 2014 hooked up again with British Afrobeats producer Ozzie of triple O productions for the second time to deliver summer girl. Mr 2kay is not new to the UK Afro scene as his previous single got play listed on Kissfm, Capital Xtra and many more stations across the UK and made it to the weekend anthem on BBC 1xtra. Summer girl is also now receiving specialist play on BBC 1Xtra, Capital Xtra, Bang radio, Represent radio and a few more stations in London. The lyrical content of Summer girl and the fusion of sounds makes it a track to definitely make you anticipate the forthcoming summer.
Summer girl is expected to be released officially in the UK on the 27th of July 2014 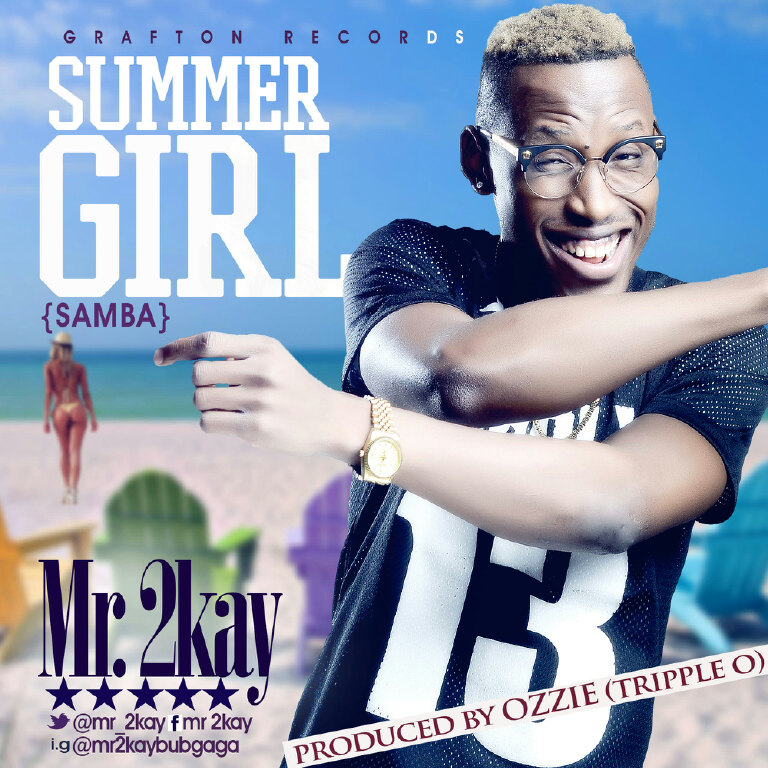