Mr 2kay is back after a successful exploit of his “Summer Girl (Samba)” single which got widely accepted with major radio and tv support in Nigeria and other parts of Africa and key UK radio support from the likes of 1Xtra, Capital Xtra, BBC Radio Nottingham, BBC Radio Merseyside, BBC Radio Derby,
BBC Radio Northampton,Bang fm and more

And not forgetting the Team Salut Remix which was A-listed at Reprezent FM, London and also contributed towards the No.6 peak position and four weeks in the Top 10 of the UK Music Week urban club chart.

“Bad Girl Special” is a very melodious track that is a combination of Afrosounds, pop and dancehall. With melodious chords and heavy kick and bassline playing through the track you will find yourself dancing to this new hit produced by Nigerian producer Ayzed

Both Mr 2Kay and Patoranking sing about a special girl and express their love for the ladies. 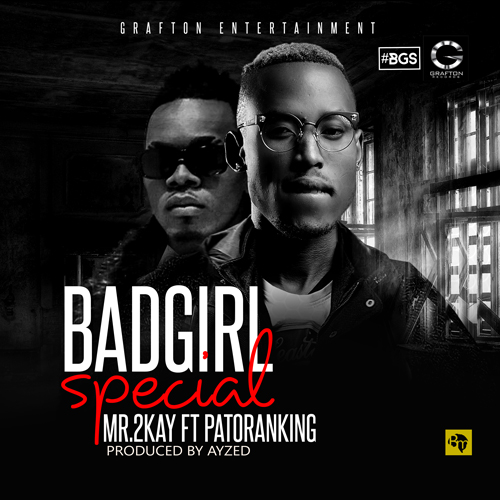