Grafton Records would also like to use this medium to let their media supporters and fans of Mr. 2Kay know that the song was leaked earlier, without the label’s consent, thereby leaving the team with no choice, but to release the song right away. The alleged site that leaked the track has been identified. However, the leaked copy out there has a tag on it and other sites have tried to edit the leaked song to remove the tag and it skips.

According to Mr. Tonye Ibiama, CEO, Grafton Records, “I am not particularly upset that the song was leaked earlier, but we have a calendar that we are working with, and we just wanted everything to go according to the plan”. He went on to express his gratitude to the online and traditional media, as well as Mr. 2Kay’s fans for their unconditional love and support over the years.
As announced on Tuesday, February 17, “Bad Girl Special Remix” is a collaboration of Nigerian Afropop star Mr. 2Kay and two of Nigeria’s beautiful and gifted singers Cynthia Morgan and Seyi Shay
Cynthia is a bold Dancehall chanter, while Seyi Shay is an amazing singer who is beginning to show versatility on other genres of music. Together, they bring ‘drama’ on the Ayzed produced song.

It may interest you to know that the original version of “Bad Girl Special” featuring Patoranking held the number one spot for two weeks on Beat FM’s music chart; it was on ‘Top 7 Jams @ 7’ and ‘Top 20 Nigerian Countdown’ on Rhythm FM and the video for the song was on ‘MTV Base Naija Top 10’.
Apart from enjoying airplay around Nigeria, music fans in the UK would also testify that “Bad Girl Special” crossed over to the UK Afrobeat Top 10 on Capital Xtra charts and the BBC 1XTRA Afrobeat Top 5 for 2weeks consecutively.
The video for “Bad Girl Special Remix” is already scheduled to be shot next week by Clarence Peters. Interested media houses can contact us for behind the scene coverage. 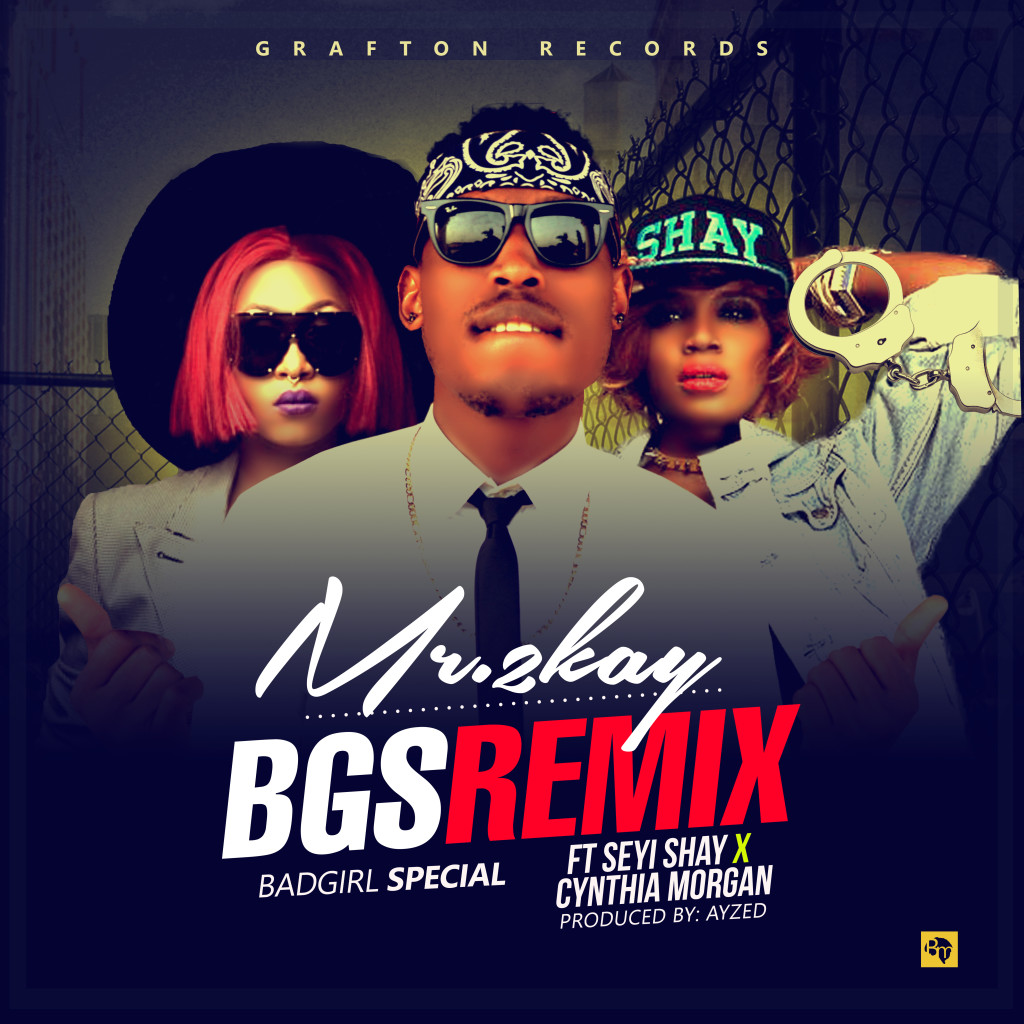