Fans of Ac Hood got angry on twitter and asked for an apology from Sarkodie for making such claims before Ac Hood get’s  to hear about it .Ac Hood finally took to his twitter page to say  Sarkodie contacted his management and not the other way-round and that he only did the recording ones the $25,000.00 was paid into his account. Hmmm.. interesting revelations. who’s to believe now ?

Check out some twits below. 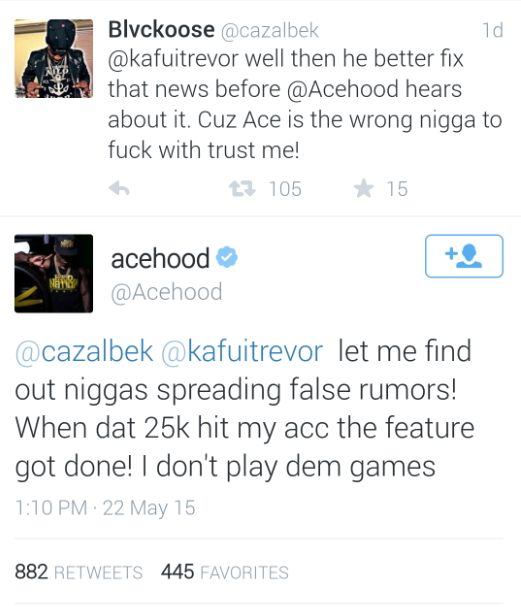 “Asiwaju Is The Sweetest Song In The Industry” – Jaywon