“While Mr. 2Kay’s “Bad Girl Special Remix” is still having a swell time on some of Nigeria’s best music chart shows, such as Olisa’s Top 10 Countdown on Beat FM and on Rhythm FM’s Top 20 Nigeria Countdown, the Grafton Entertainment frontrunner is gearing up to release his next single. However, the upcoming single will have to wait a bit for this beautiful rendition titled – “Who No Like Better Thing”.

“Who No Like Better Thing” is a song by Mr 2kay with Ayzed and Hans, both of who make up the group called ‘The Jonsers’. It was produced by Ayzed with vocals by Mr. 2Kay. The song tells a very simple story about life and its reality.

Though rendered in Pidgin language, “Who No Like Better Thing” is a song with a universal meaning, which stresses on the fact that – everybody wants the good life and Mr. 2Kay delivers this message effortlessly. 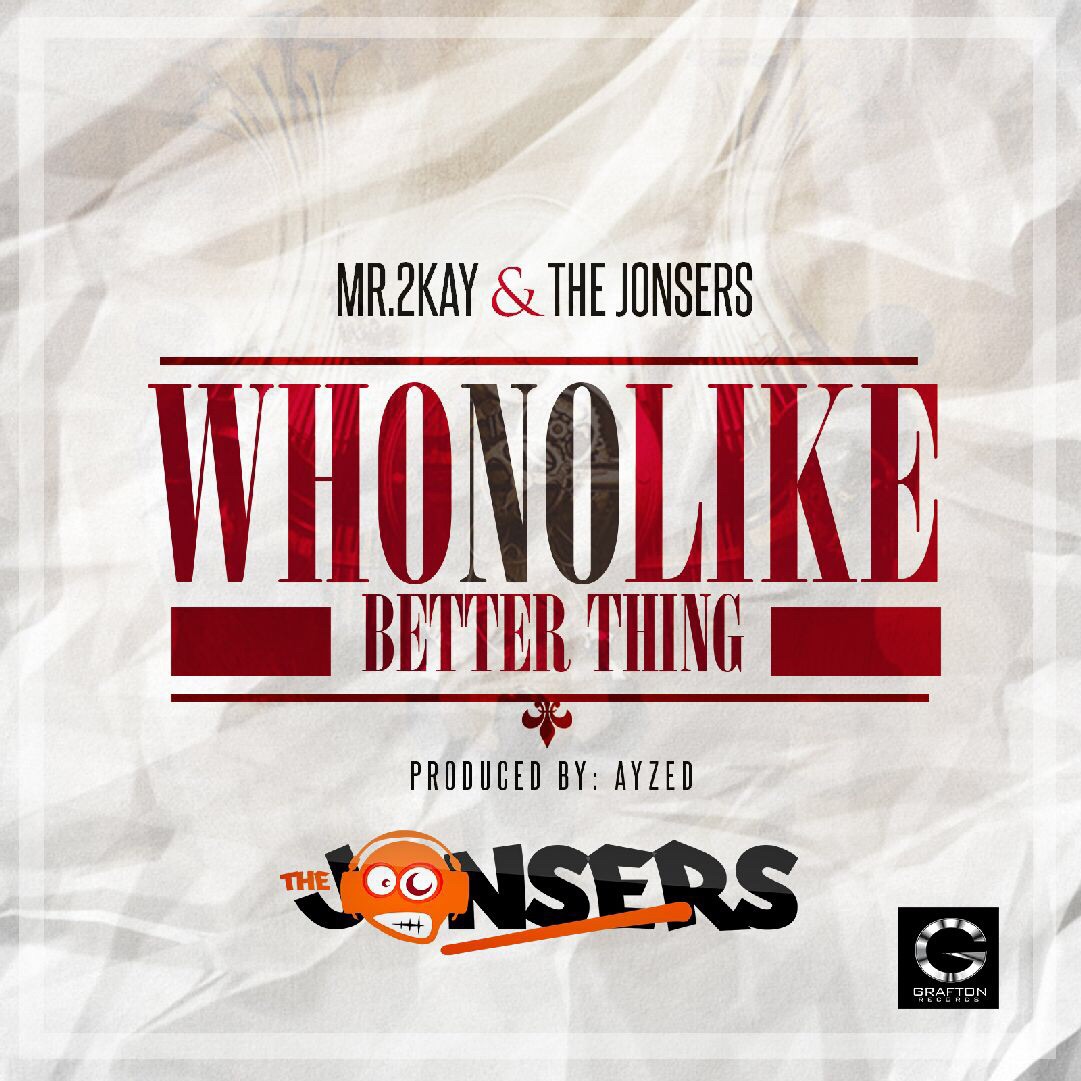