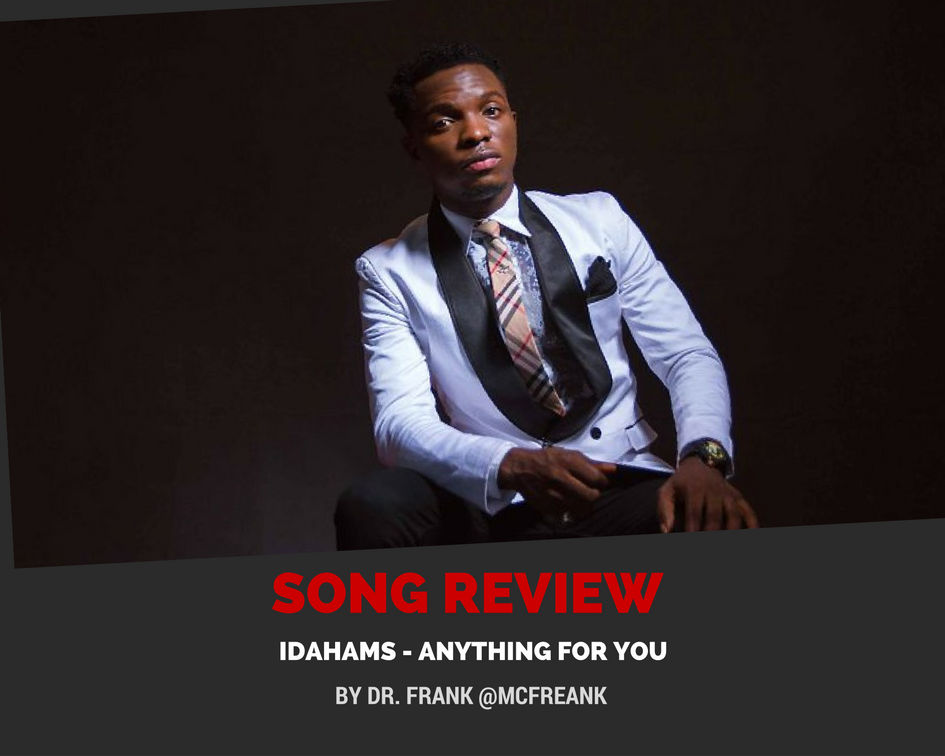 I love to break down a song into fragments whilst reviewing..

BEAT: First the beat… I’m a big fan of the afro pop genre, this one has that calm grooove that can make you move your body subconsciously and still give room for you to appreciate the lyrical content.. beats was on point. kudos to Orbit

VOICING: .. I’m on the fence as per the Voicing, Idahams unique high-pitched voice although it felt like he was holding back in some parts of the song but his delivery was convincing also felt a little bit like the low-end was edged off a bit during the engineering…

LYRICS:.: Well we can all agree that majority of songs these days don’t pay much attention to lyrical content but he sure did justice to the lyrics…

In totality the song as a package was just about good enough. It’s a cool song to have on your playlist.. might not be thought of as the song of the year or the alpha of songs in its category but it is a very bold attempt by the Grafton Record’s new signee Idahams

He has shown a good prospect with debut single  “Anything For You”  and I await his upcoming projects.