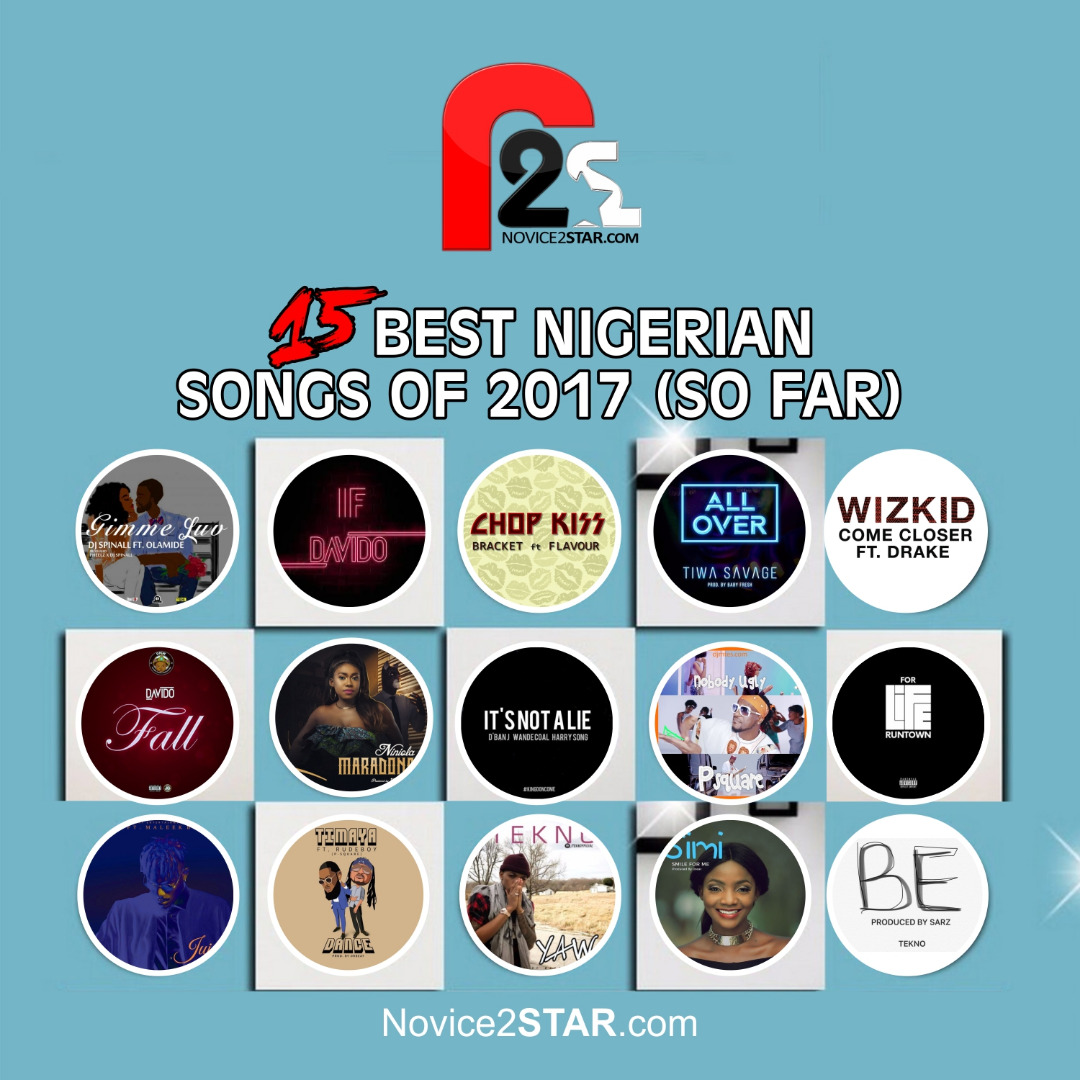 The first six month of 2017 is mostly behind us. we take a look back into the year to bring you the 15 Best / Hottest Nigerian (Naija) Songs Of 2017 (So Far) or Hottest / Top Nigerian Songs of 2017 (So Far). Novice2STAR has compiled these songs in no particular order. songs ranges from artistes like, Runtown, Tekno, Wizkid, Davido, Simi …

Triple MG Tekno already has an excellent 2017, taking over from dominating 2016 with bangers after bangers.  Yawa is one of fans favorite with over 7 million views since it dropped in March. The chart topping song was produced by MasterKraft.

Wizkid has given us numerous number of songs this year, from Daddy Yo, Sweet Love and African Bad Gyal feat. Chris Brown amongst other leaked songs online, but none stands as tall as  Come Closer featuring American Rapper Drake.  The visual oozes of the beauties in African, it’s so unfortunately that drizzy did not make it to the video to add more spice, but still, the visual is one of the best out there.  with the album Sounds From The Other Side on dropping son, we hope to see more surprises from Daddy Yo.

In 2016, Davido moved to the states, mixed up with the American, and even dropped couple of songs and even an EP – “Coolest Kid In African” but these songs didn’t quite make it as expected.  Fast forwards to 2017, Davido retraces his routes as he hooked up with the blessed one – Tekno who hooked him up with the beat to IF and Davido delivered just like he used to in songs like Aye, The Money, Gobe Skelewu to name a few.

IF is one of the best song in 2017. Davido delivered a masterpiece on this song and this is evident on charts.