Singer, Abiye David Jumbo popularly known as Mr. 2Kay was robbed at gunpoint in his hotel room at Eko Hotel and Suites, Victoria Island, Lagos. The incident happened at about 11pm on Sunday, October 22, 2017, during the Buckwyld and Breathless concert where he also performed. 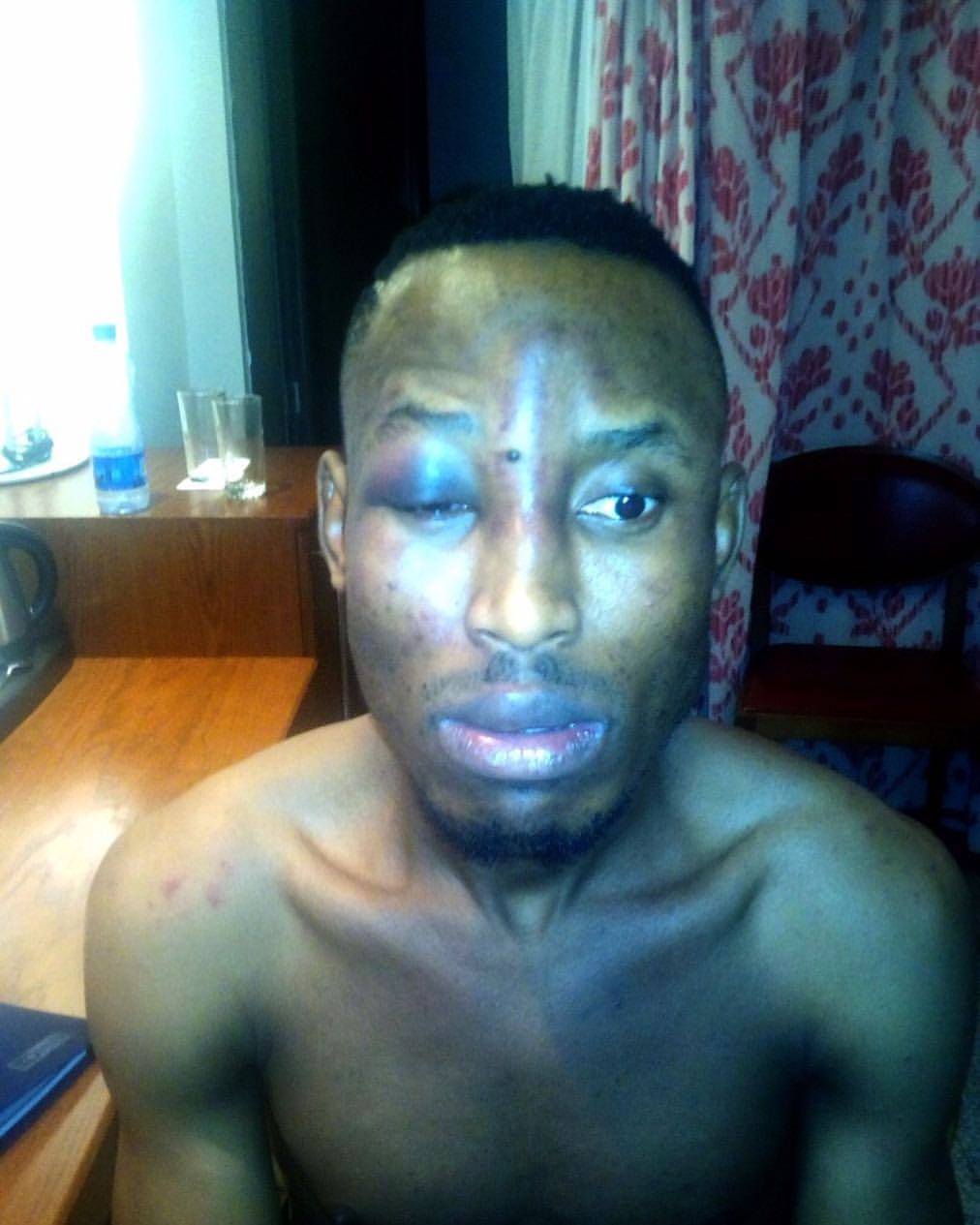 The robbers, 4 in number, gained access into Mr. 2Kay’s room after he mistook one of them for room service. They forced their way into his room and waved a gun with threats to shoot him if he made a noise.

Mr. 2Kay, who was in the room with a friend, struggled with one of the robbers, as the others punched and hit him with a gun, repeatedly warning that they will shoot if he doesn’t calm down. One of the robbers led and locked 2Kay’s friend in the bathroom, while the others tied the singer’s arms, legs and mouth and took his valuables including jewelry, clothes, perfumes, phones, and money. They also cut the room’s intercom (phone) to avoid any form of communication as they left the hotel.
The hotel authorities and police have taken statements for investigation, while Mr. 2Kay is getting medical attention for his wounds.

“I was quite shocked when I got to Mr. 2Kay’s room last night. This was somebody I watched perform some minutes before the incident. Anyway, the hotel authorities and police are already investigating the incident and we hope they’ll apprehend the criminals as soon as possible,”  – said James Silas, Manager of Grafton Records. @mr.2kay