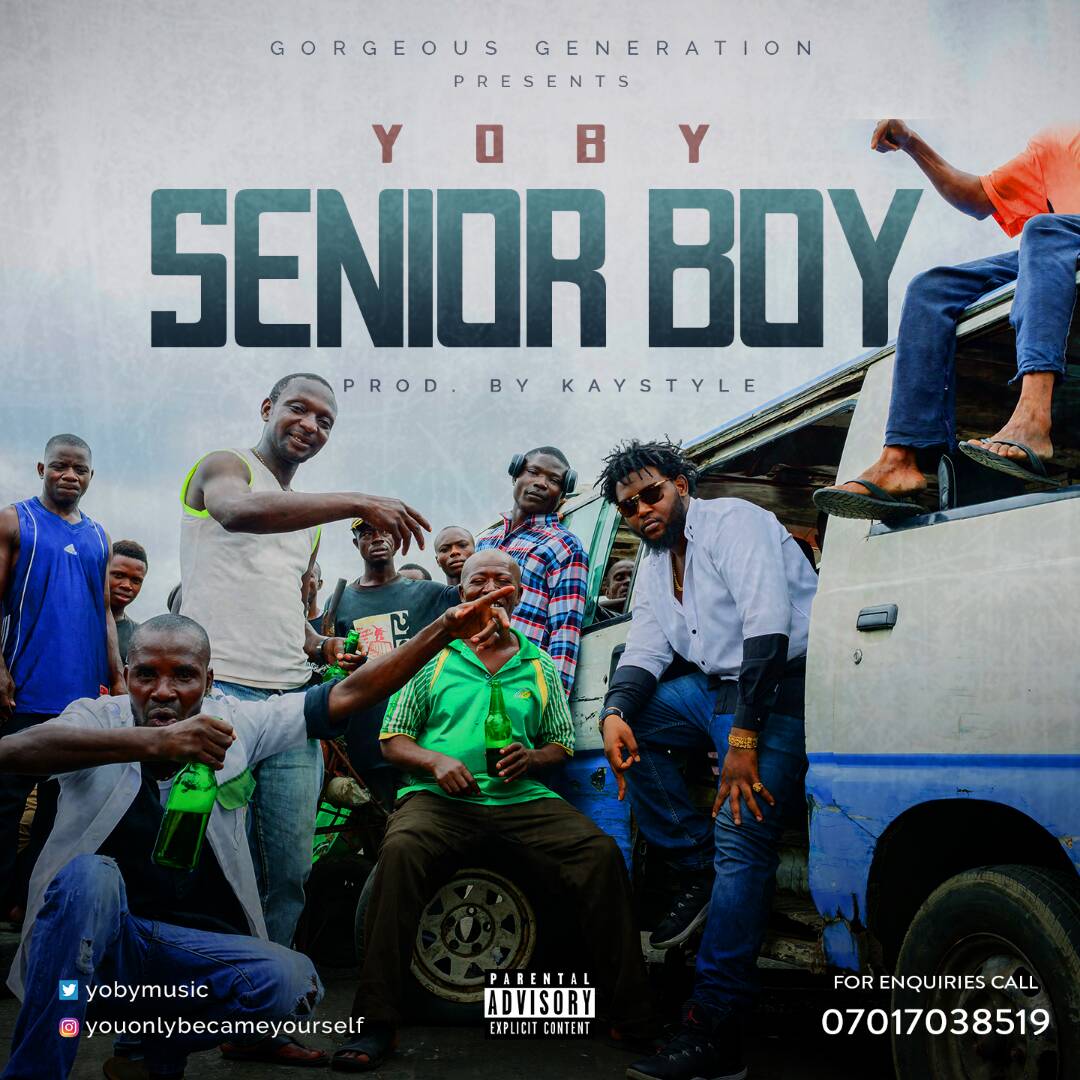 In our experience, the best music comes after an artist finally rips up the rule book and forgets everything they’ve ever been taught. Tired of mixtape cycles and the expectation to wait a certain amount of time between records, YOBY jumped right back into the studio after the 6 years hiatus since the release of his last mixtape “Prince Of P-Court “ in 2012. Chinonyerem Prince Amadi who was formerly known as Yobama, but now simply referred to/and addressed as “YOBY”, which is an acronym for “ You Only Became Yourself”.
This indigene of Oro-Akwor, Rumueme, Obio/Akpor LGA, Rivers State, Nigeria who also happens to be a second cousin to the Nigerian veteran singer Daniel Wilson, has found spontaneous magic that wouldn’t have been possible in his usual meticulous, detail-oriented setting by dropping a new tune titled “Senior Boy”,which gives a good look at the young artist’s potential.

Senior Boy is totally awesome. On first listen, the melodic track connects with you immediately a sweetly made song with ear-worm melodies. The beat has somewhat of a trap bounce and twinkling steel drums, and Yoby doesn’t go much above a slur as he spits to this sick beat produced by KayStyle.

From the sound of it, things will only continue to go up from here, and YOBY may be on track to become a leader in the new wave of artists that took the music industry by storm this year.