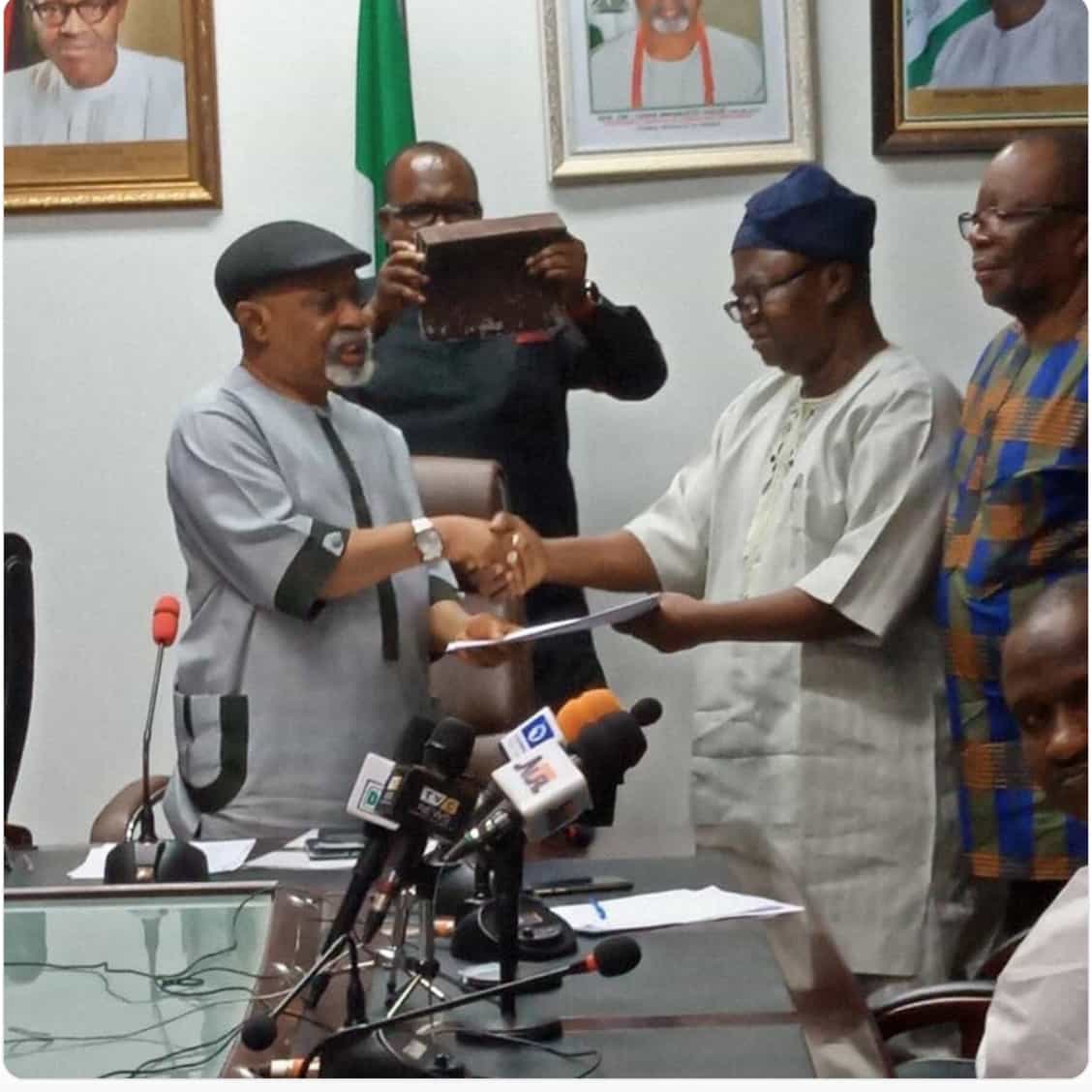 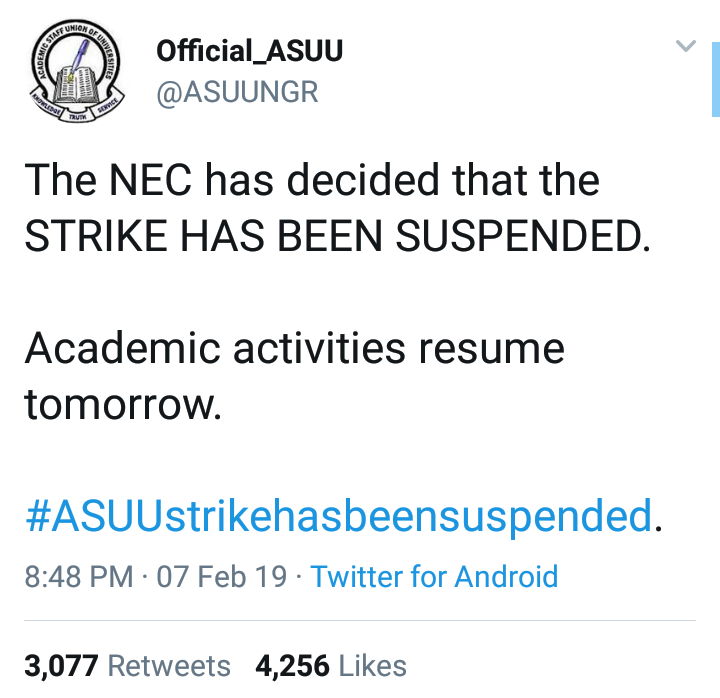 According to ASUU the strike was prompted by the following:

1. Refusal to honor the 2009 agreement.
2. 2013 MOU; funding for the revitalisation of public universities and earned academic allowances.

ASUU in a post right after, stated that this action is not an outright call off but merely a suspension and if the Federal Government of Nigeria delay with responding positively, they will embark another industrial action with full force. 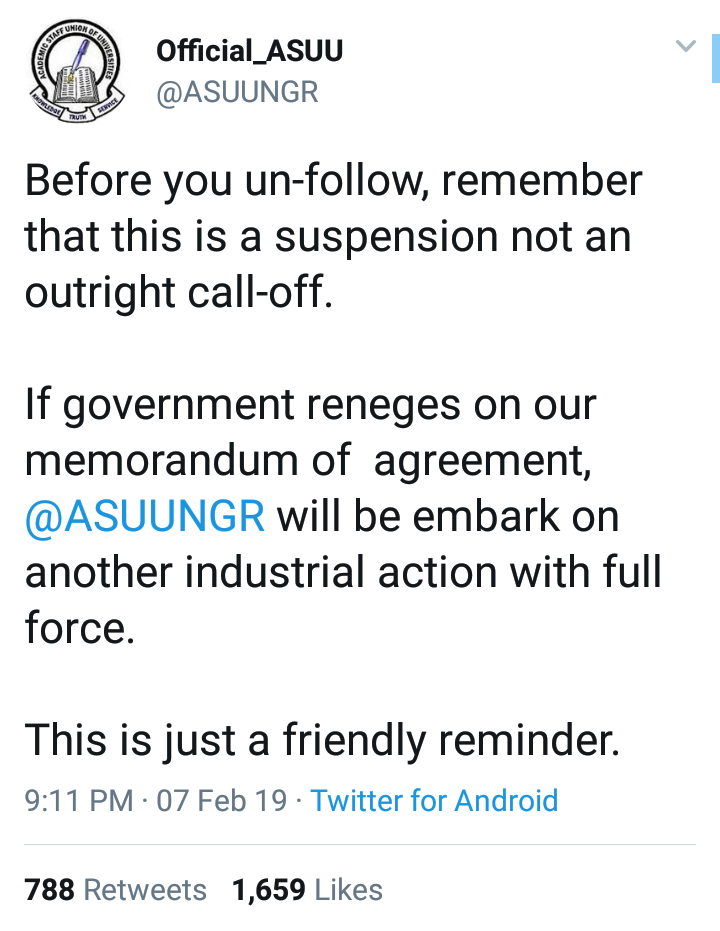 To the multitude of Undergraduates affected by the strike, this is nothing but good news.