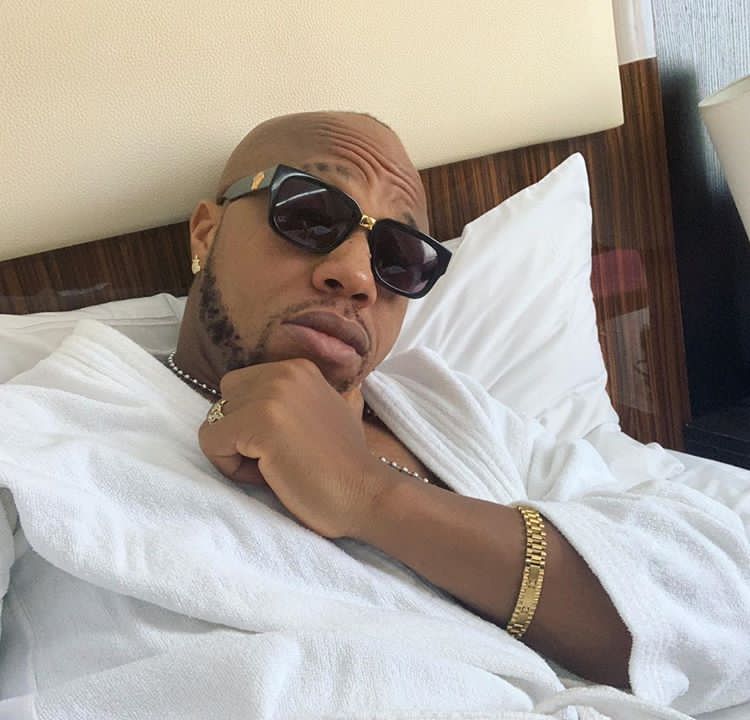 Nollywood actor and comic artist, Charles Okocha was spotted exposing his body in public with his eggplant nearly visible.

“Mr Accolades” as he is fondly called did this in a scene for an upcoming movie “Quick Sand”.

He posted a couple of photos from the scene wearing just a singlet and female underwear on his briefs. See them below. 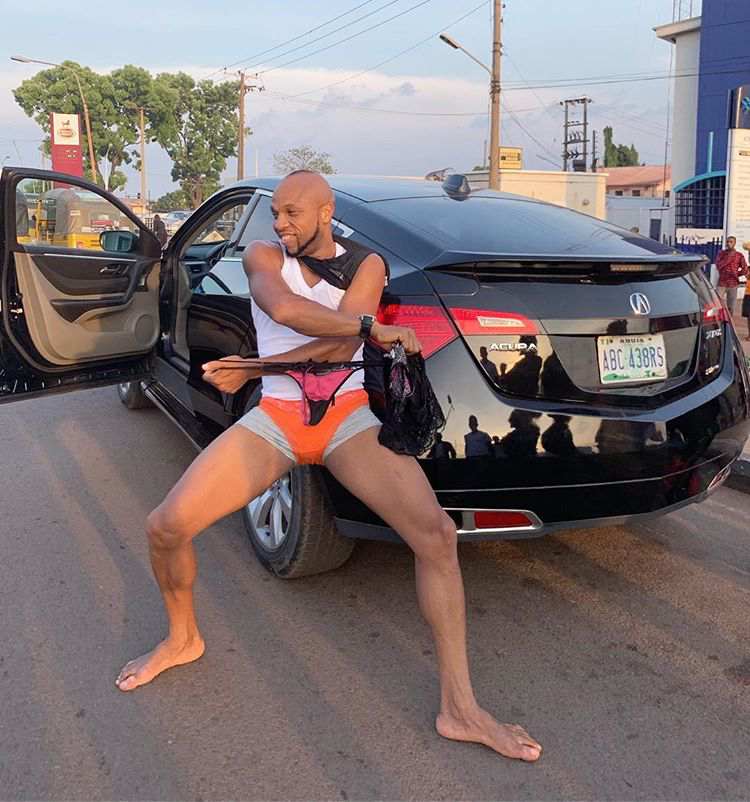 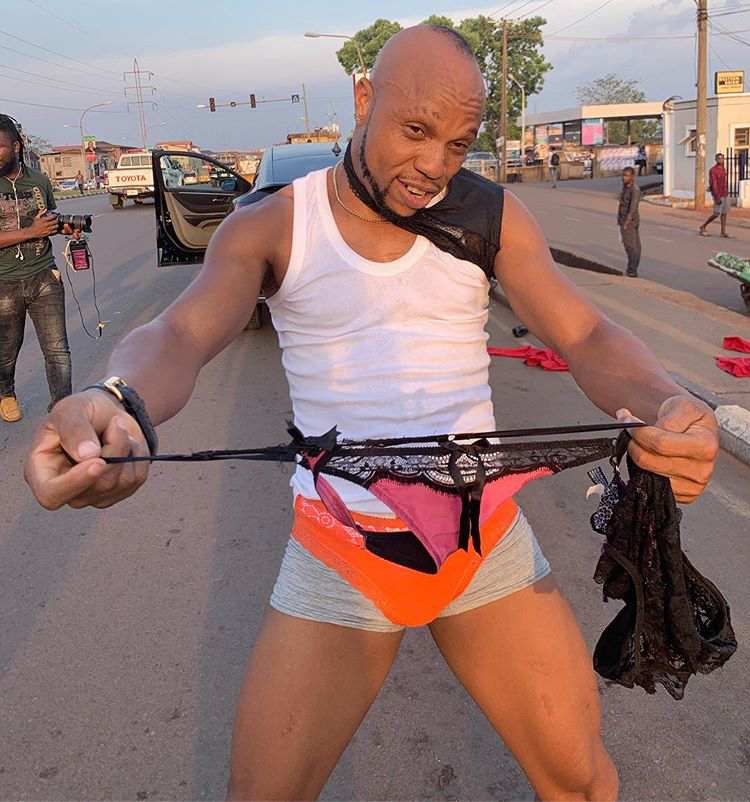 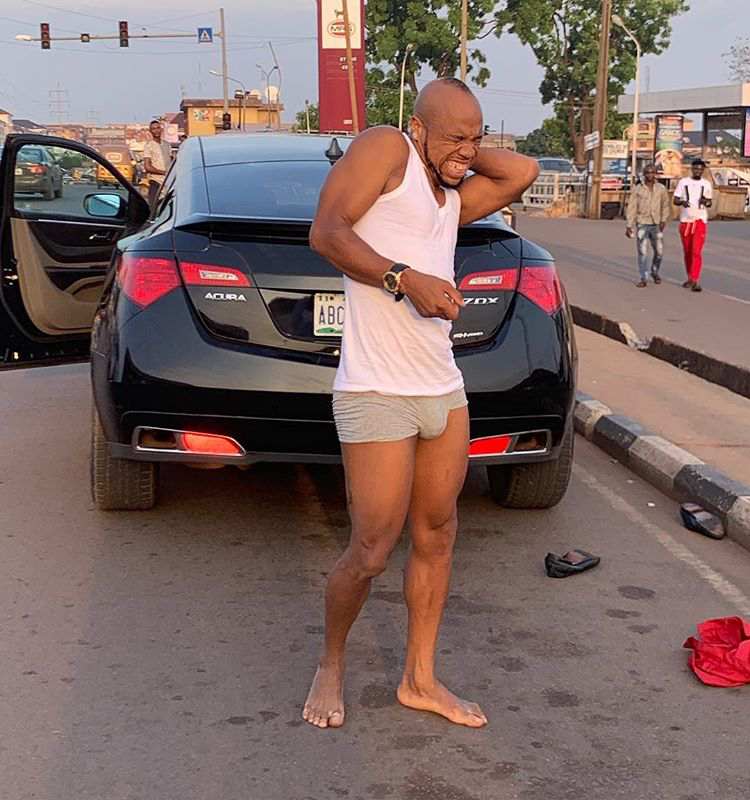 From the look of it, the movie should be about female underwear stealing wave for rituals of 2018.