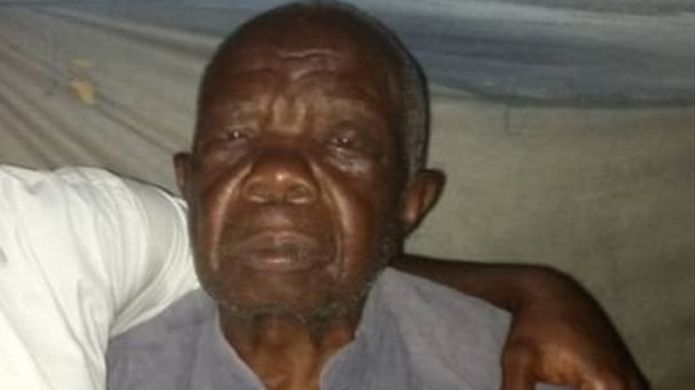 Nigeria’s oldest prisoner Celestine Egbunuche has been set free at last today after being granted state pardon, courtesy of the efforts “The Global Society for Anti-Corruption” (GSAC), an NGO.

Pa Celestine was sentenced to death with his son Paul Celestine since the year 2000, after being found guilty of organizing the killing of a man they had land disputes with. A crime they pleaded “not guilty” to.

They remained in the Enugu state maximum security prison awaiting execution for 18 years before Pa Celestine’s case was made public in 2018 by the GSAC because of his age. They claim centenarians (those 100 years old and above) can’t be allowed to stay in prison.

The aged man was finally granted state pardon by the former Imo State Governor, Rochas Okorocha, before leaving office last week, and his son Paul wasn’t so fortunate to be considered. 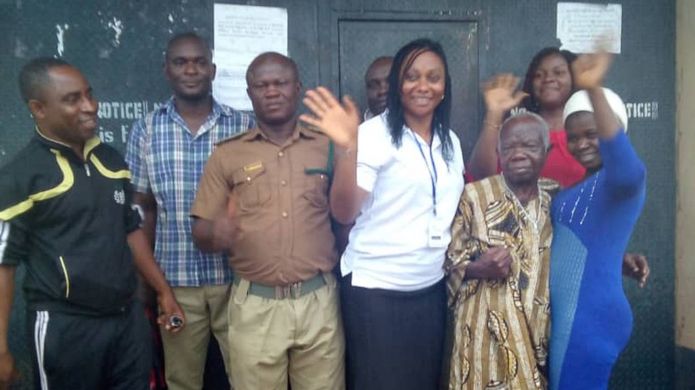 Pa Celestine was rushed to the hospital immediately after he was set free for medical examination and treatment since age and prison time had taken a toll on him.

What do you make of this? Leave your comment in the section below, and don’t forget to share.