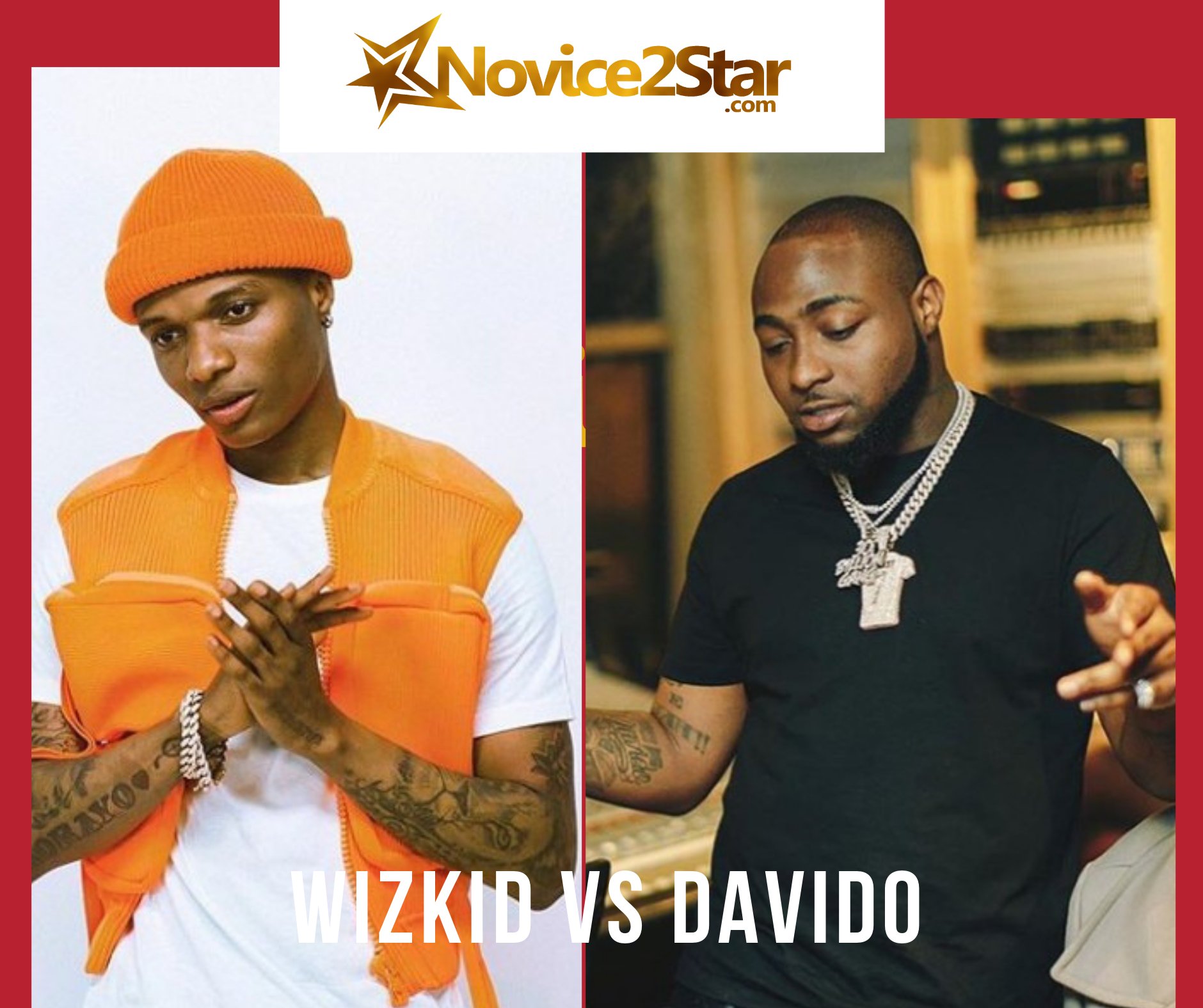 The battle for the king of Afro beat has been revolving amongst Wizkid and Davido for a long time.

The duo came into limelight through their previous record labels HKN (Davido) and EME (Wizkid) and since then they have battled vehemently for one spot, “the face of Afro beat”.

Wizkid and Davido both won their first Headies Award’s ” Artiste Of The Year” at the age of 22.

Wizkid bagged the award in 2012 for the first time without Davido on the nominee list for the Headies Awards “Artists of the Year”.

Davido on the other hand equalized in 2014 beating Wizkid, Olamide , Tiwa Savage and others to claim the award for the first time.

In 2016, Wizkid claimed the Headies Awards “Artists of the Year” for the second time without Davido on the nominee list making him the first artist to win the award for a record of two times.

Just as expected, Davido leveled up with the 2018 edition of the Headies Awards, beating Wizkid,Olamide, Simi and Tiwa Savage to claim the prestigious award for the 2nd time.

It is worthy for note that Wizkid has never won the “Artists of the Year” category of the Headies Awards going against Davido on a nominee list whereas Davido has done that for two consecutive times.

With the 2019 calendar in view, it will be wise not to expect having Wizkid in the nominees for the 2019 ‘Artists of the Year’ category in Headies Awards as the singer yet to drop any single so far.

But with an international collaboration with Chris brown, Davido could just be on his way to lead Wizkid on the Award chart for the first time if the Award doesn’t go to the African Giant “Burna Boy” who has classically performed and dominated the year.

Drop your comments below…