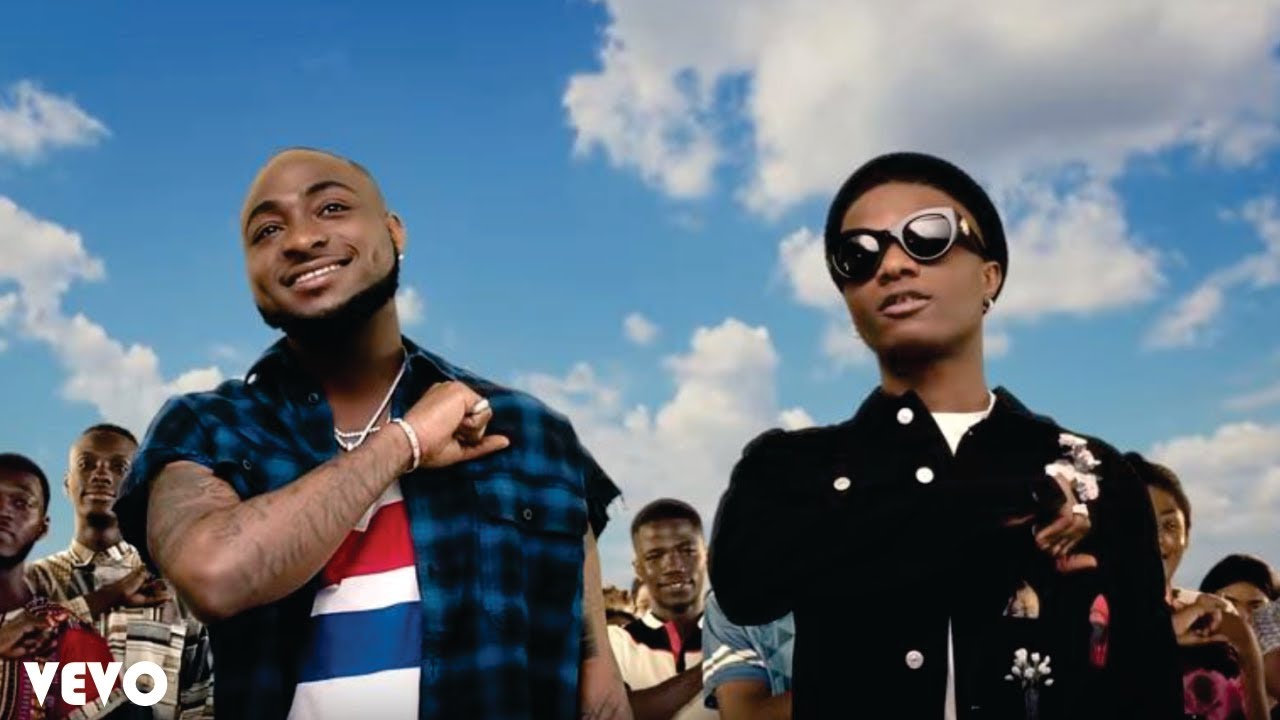 Davido recently had a confrontation with fans of Wizkid after he shared the fact that Adekunle Gold co-wrote a song on his album.

A twitter user, Kantoma responded to Davido’s tweet saying “you should Learn to write songs for yourself”

Another user also said, Davido only started declaring writers of his songs because in the past the producer Password revealed that he wrote the song GOBE before Davido did 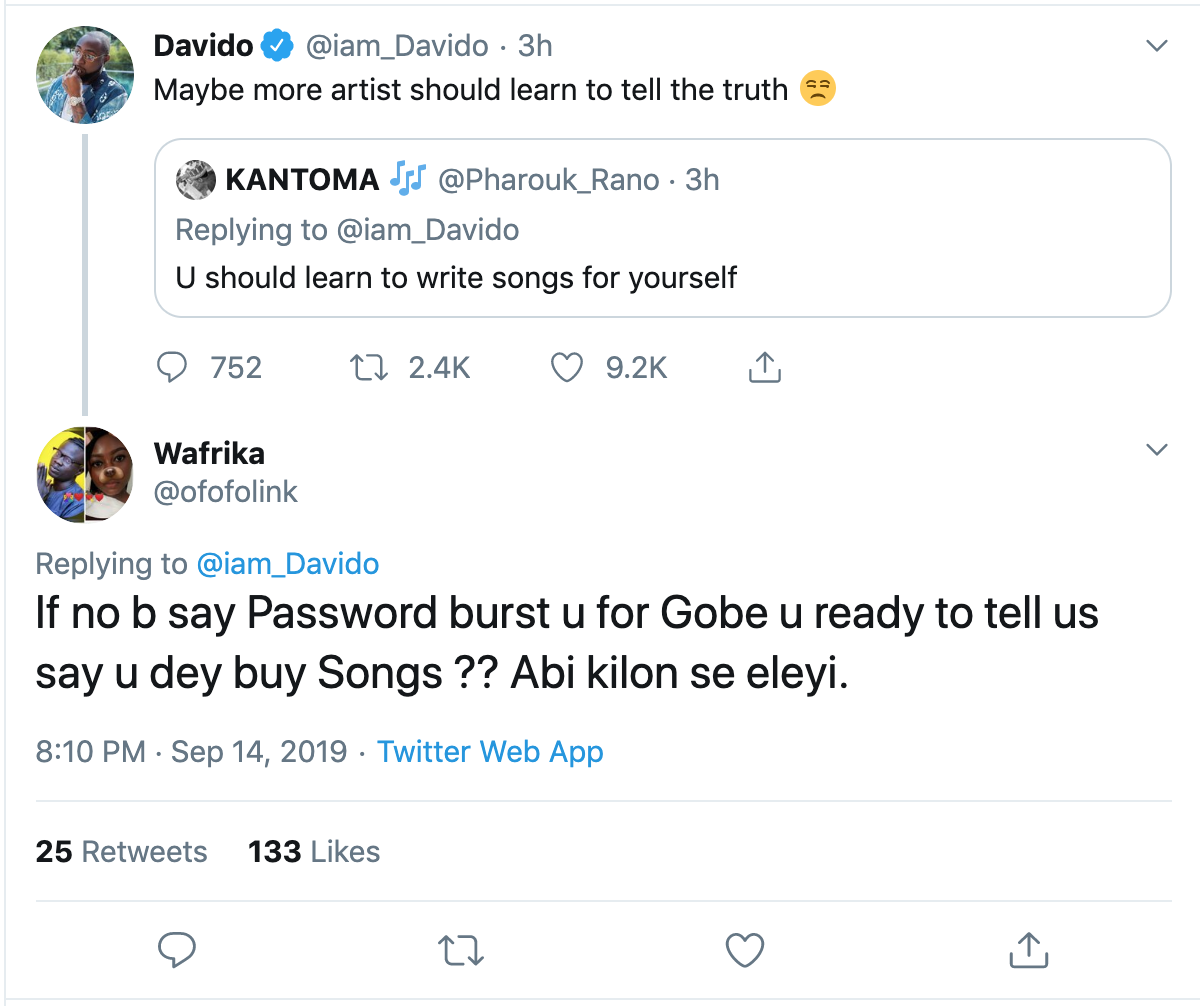 Davido responded to the comments above by technically implying he was an Wizkid FC but shorten it to FC, then he was faced with another backlash for not having the balls to say Wizkid FC.

In Davido’s response – he called Wizkid a Legend and an Icon.

Wizkid The legend … The Icon ! Our Starboy should not be associated with Mad pple like you ! ? https://t.co/KGOyrHRGuc 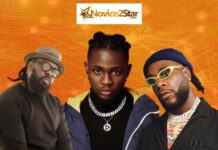