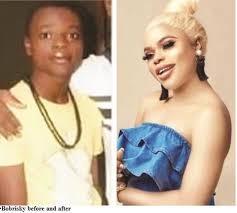 Nigeria’s popular crossdresser, Idris Okuneye, popularly known as Bobrisky, has shared a bit of his life’s story. Bobrisky took to his social media page to engage his fans in a question and answer session, promising to be sincere in his response.

He revealed that he was still a boy at the time, the 28-year-old crossdresser said that his mother taught him a lot of things including how to cook. However, as time went on, Bobrisky said his father noticed he was behaving like a girl and he questioned his mother about it.

He said: “When I was small, I used to behave like a girl. So, my dad asked my mum why I was behaving like a girl and she said that was how she saw me. She said that is how I am and that nobody should judge me because I was still very small.

“So after my secondary school, I opened up to my mum that I would love to be a woman. At that time, my mum used to have plenty boyfriends. So, after I told her, she said I should be whoever I want to be and she would never judge me. After she died, things were a bit harder again because there was nobody to open up to”.

What do you think as Bobrisky why she changed to a girl? Drop comments below 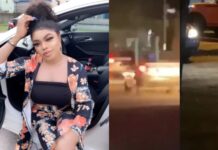 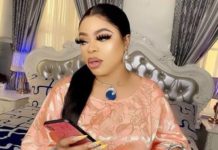 Bobrisky Shows Off His Sexy Body in New Video 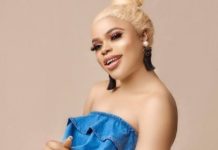