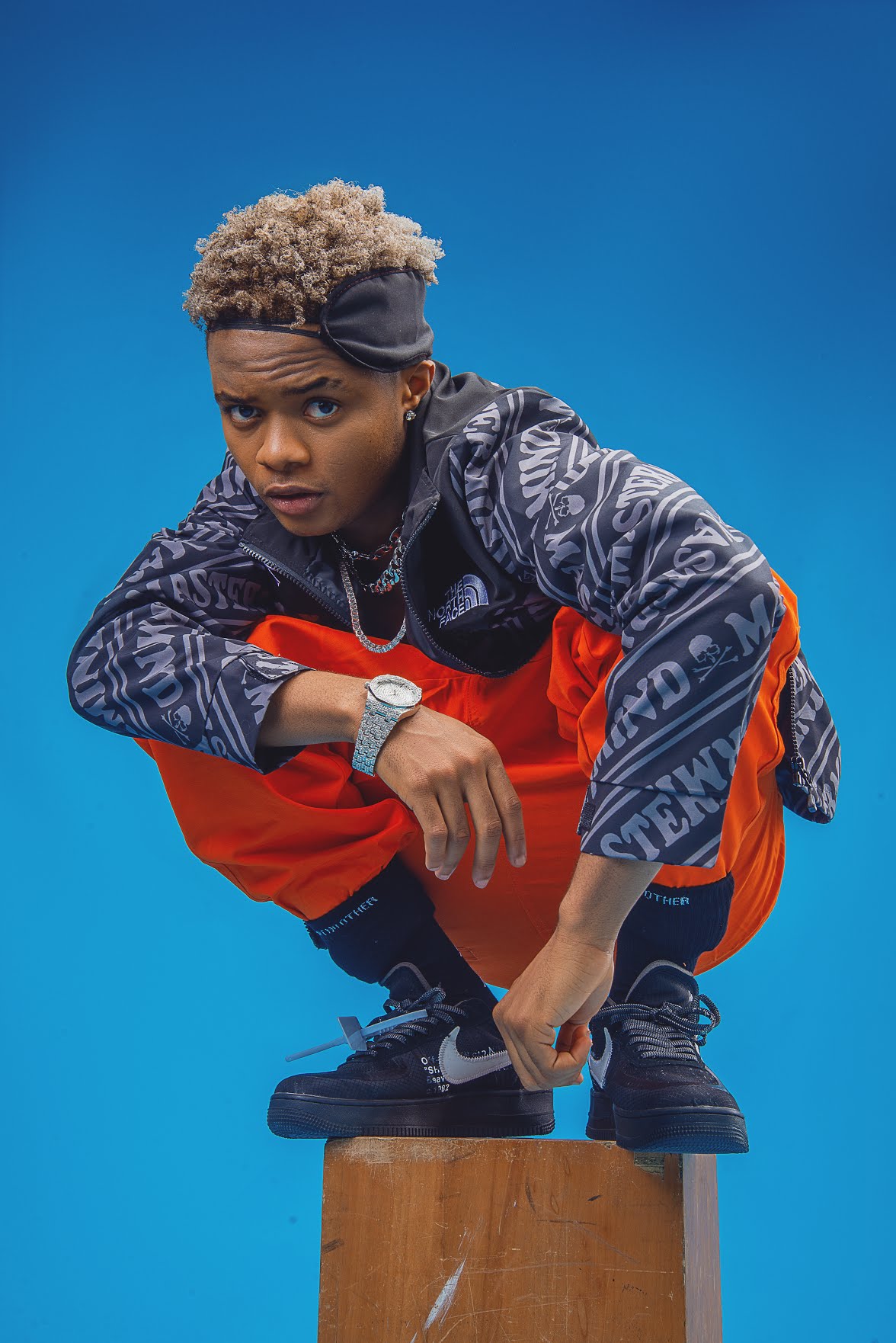 Crayon is signed Under producer Baby Fresh’s musical imprint Blowtime Entertainment label (Mavin second in command producer). The kid had his first breakthrough in his feature in Mavin Records 2019 All-Stars collaboration ‘All Is In Order‘ spearheaded by Don Baba Jay himself Don Jazzy where the kid did excellently well on the song.

The kid went on to drop a 6-track EP titled ‘Cray Cray‘ in late 2019 which I believe was under-hyped considering the fantastically colourful afro-pop melodies similar to that of Wizkid’s. Songs like ‘So Fine‘, ‘Gock Am’, and ‘Bamiloke’ are songs you can easily mistake to be Starboy’s.

In fact, the first day I heard ‘So Fine’ on the radio I was wondering if Wizkid dropped a song without promoting it on social media? I went to google the song – So fine and other lyrics I managed to grasp on the song. Only for the name ‘Crayon’ to pop up as the first result, I was Amazed.

Just like most songs on his EP ‘Cray Cray’ the kid has very melodic and catchy vocals that is almost irresistible to an average music fan. The singer Crayon has always cited Wizkid as one of his musical inspirations.

I think what this kid lacks is the kind of PR handling and Attention Rema is getting. I think Crayon has all it takes to be the new Wizkid just as Rema but maybe fans didn’t trust in his musical abilities just yet. Anyways, it’s Different strokes for different folks they say.

Just recently, Wizkid responded to Crayon’s verse on another Mavin All-star masterpiece “Overdose“. Wizkid posted on his Twitter saying he would like the song to be played on his wedding day anyway he eventually decides to marry.