‘What if I Say’ Fireboy DML is currently ‘High on Life’ living the life of a young Afro beat ‘King’? The YBNL act, finally dropped his highly anticipated debut album “Laughter, Tears and Goosebumps” Yesterday.

In the early hours of November 28, 2019, YBNL premiered Fireboy DML’s brand new album “Laughter , Tears and Goosebumps“. The 13-track album is an afro beat album with several tunes to cover all moods. Be you happy, sorrow, sad, bored, depressed, etc, there is definitely a song in the album made just for you.

The album is filled with mid tempo jams mostly produced by YBNL’s in-house producer Pheelz. Its bigger than Fireboy DML.

Despite attending the album lunch, Wizkid has shown massive support for the young lad. The Starboy Entertainment is obviously in love with the untapped raw talent possessed the ‘Jealous’ crooner.

The release of the album initiated a huge argument on twitter as many discovered the lyrical prowess of Fireboy DML surpass that of Mavin records Rema.

This is one of the best debut albums out there. Unlike many, the young talented YBNL afro beat singer launched a full album of 13-tracks. This shows how much trust Olamide has on this young talent. Many would have expected an EP from Fireboy DML to wet the heart of his fans before coming out with an album, but that isn’t the case.

The album has 3 hit singles with a few potential hit songs like ‘Scatter’, ‘Gbas Gbos’, ‘High on Life’, ‘Vibration’, etc.

What do you think about Fireboy DML “Laughter, Tears and Goosebumps” Album Review? Drop comments below 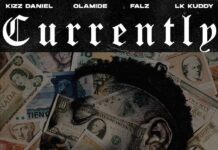 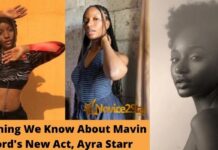 Everything We Know About Mavin Record’s New Act, Ayra Starr