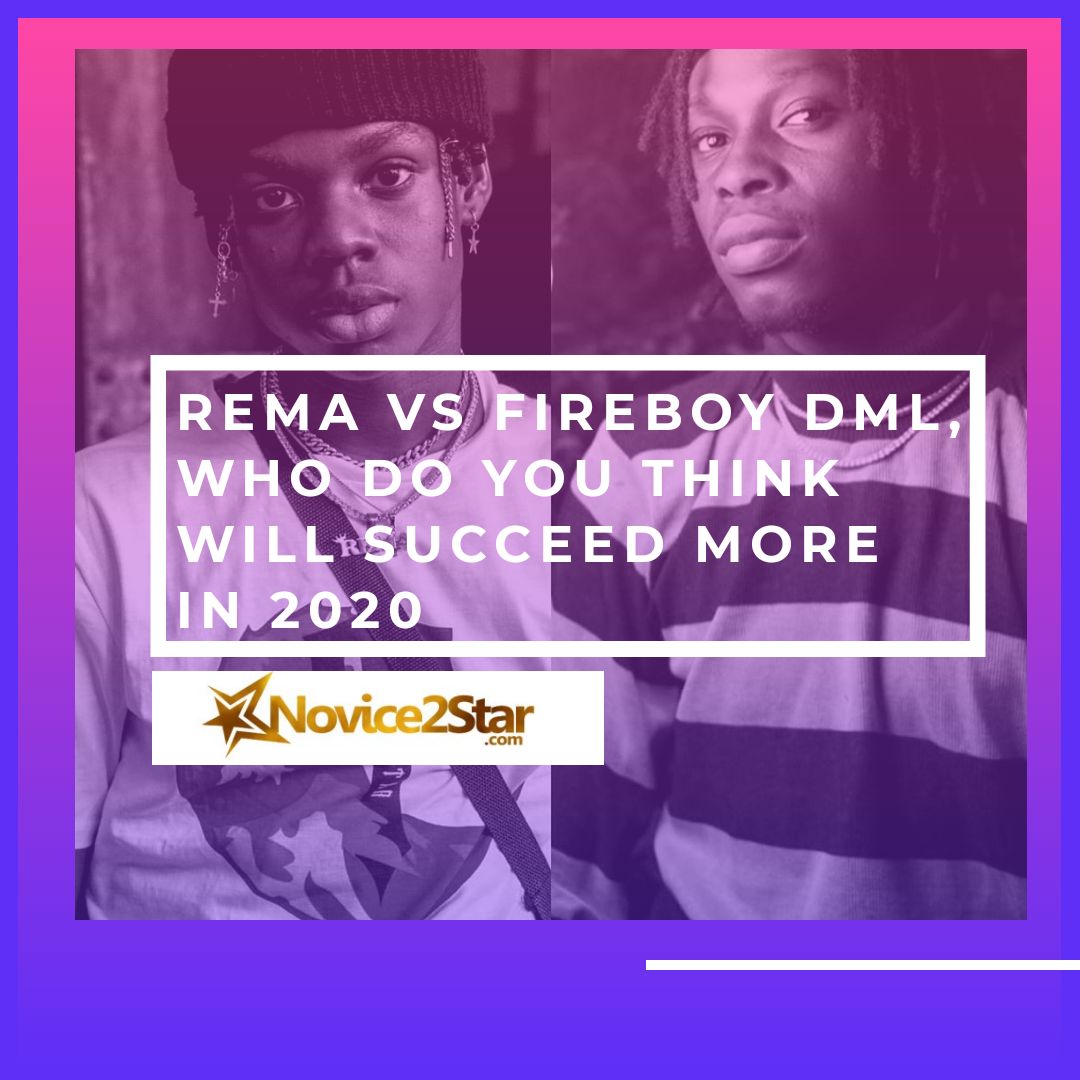 With atleast one project in less than two years, Rema and Fireboy DML has become the leading acts of the new decade.

Last year, towards the end of the last decade, new talented artists where introduced into the mainstream. Fireboy DML and Rema stood out with their uniqueness in sound and their boldness in character.

While Rema had his 4-track trap exclusive EP topping the Nigerian apple music chart for the first time, Fireboy DML retained his lyrical prowess in afrobeat and afro-fusion.

2020 has kick started with Rema dropping two new materials “Beamer” and “Rainbow”. The Mavin records sensational singer and rapper has been able to carve out his fans in the saturated and competitive market. His appearance on Barrack and Michelle Obama’s Summer Playlist pioneered his international breakthrough giving him an edge over Fireboy DML.

Fireboy DML in the other, could be said to have more local fans than any other act who broke into mainstream last year. His debut album “Laughter, Tears and Goosebumps” still retains a reputable spot on Nigeria’s apple music album chart and singles off the EP still rank as one of the top 10 most played songs on Apple Music’s Hot 100 playlist for Nigeria.

With these two talented acts spearheading Nigeria’s music space for the next generation, who do you think stands a better chance in 2020?