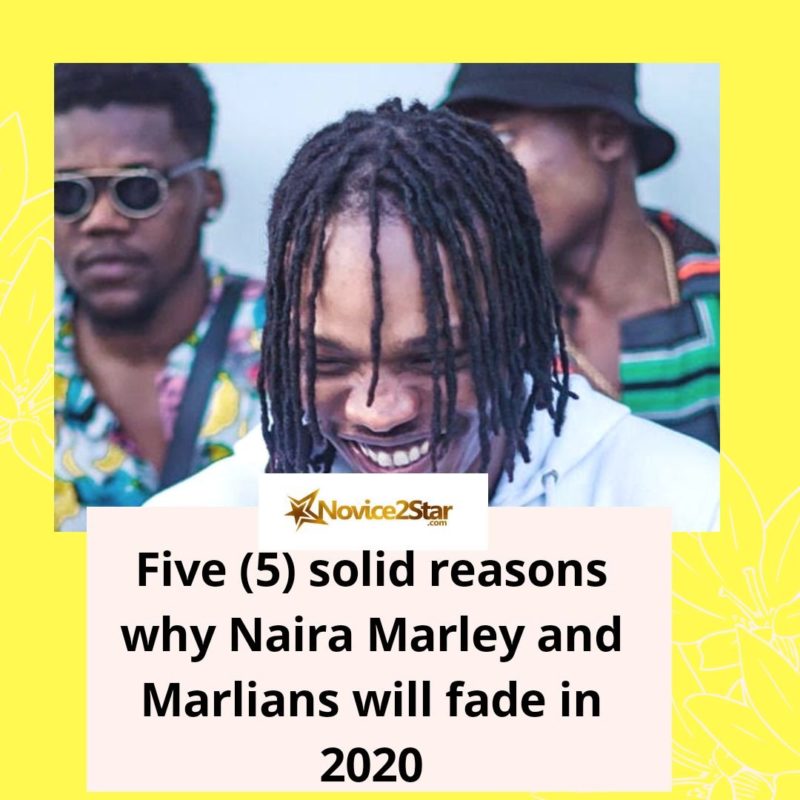 Naira Marley has grown to become one of the biggest artistes in Nigeria. Seeing Wizkid introduce him last year at the Starboy Fest in London and the warmth welcome he got from the fans could only mean he is bigger than we imagined. But there have been concerns that the indigenous rapper will fade away in 2020.

The Marlian music boss became famous after willfully dropping a song titled ‘Issa Goal’ in support of the super eagles world cup dream. He rose to become one of the biggest stars in the continent after his controversies with the feds EFCC over credit card fraud allegations. His 2019 single ‘Soapy’ after his release from prison further made him famous, making him the most controversial artistes in the industry.

It will be safe to say that Naira Marley and Marlian music is only but a product of controversies logically utilized and turned around not forgetting the enviable grace he carries.

Despite stealing the industry last year and launching his own record label his year, Naira Marley’s fame s on the decline. Most music critics and fans believe the marlian music president will fade away in 2020.

Here are five (5) possible reasons why Naira Marley could fade away in 2020.

1. He is given us same sound

2. More controversies that could mar him are on the way

Though controversies is the basis of Naira Marley’s fame, the unsettled credit card fraud court case could end up being what could wipe him out of the industry if proven guilty.

3. Making headlines for the wrong reasons

It could have worked for him last year but 2020 might be different. Naira Marley has hardly been in the news for breaking grounds with his music. It is either he is with women or tweeting about sex.

Naira Marley has almost stopped linking with other acts to make music. His latest collaborations have been others employing him to their songs and not the other way round. This could destroy relationships and end up hunting him when others realize he doesn’t find them talented enough to collaborate with them esepcially the likes of Davido, etc.

Wizkid, Tiwa Savage, Kizz Daniel, Teni, Tekno, etc could all be dropping projects this year. This means their will be no room to accommodate Naira Marley’s controversies.