Former minister of finance, Dr Ngozi Okonjo-Iweala has been disqualified by the African Union from vying for the office of the Director General of the World Trade Organisation.

The executives of the AU in July 2019, invited members to present nominations into the office of the DG to the WTO

Initially, Fedrick Agah was nominated for Nigeria. On June 4, 2020, Nigeria withdrew her nomination and replaced with Okonjo-Iweala.

The AU announced that its executives had endorsed the nomination of Fedrick Agah before Nigeria sought to substitute for Okonjo-Iweala.

The AU says that there are no more vacancies which Nigeria can make nominations for and that the nomination of Okonjo-Iweala did not meet the submission deadline.

The AU wrote, “It is a recognised principle of international law that a sovereign state has the right to substitute and replace a nomination of its citizens as it may wish for a position. 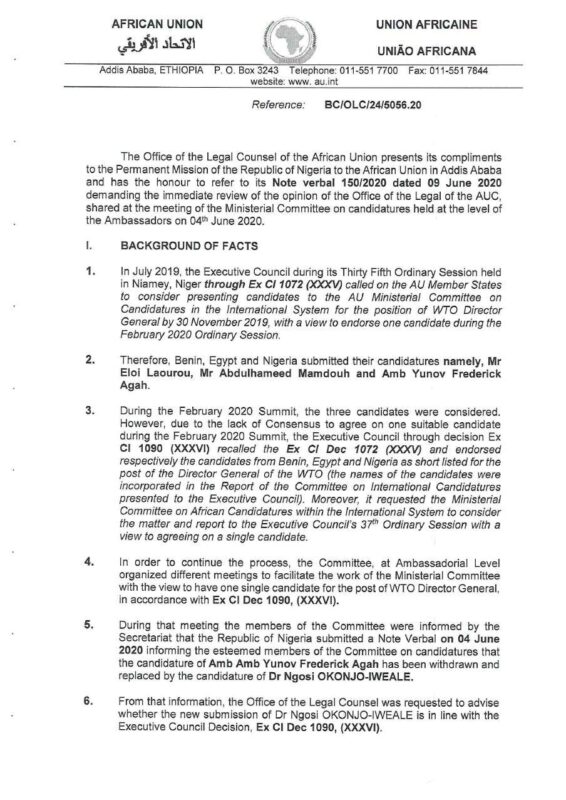 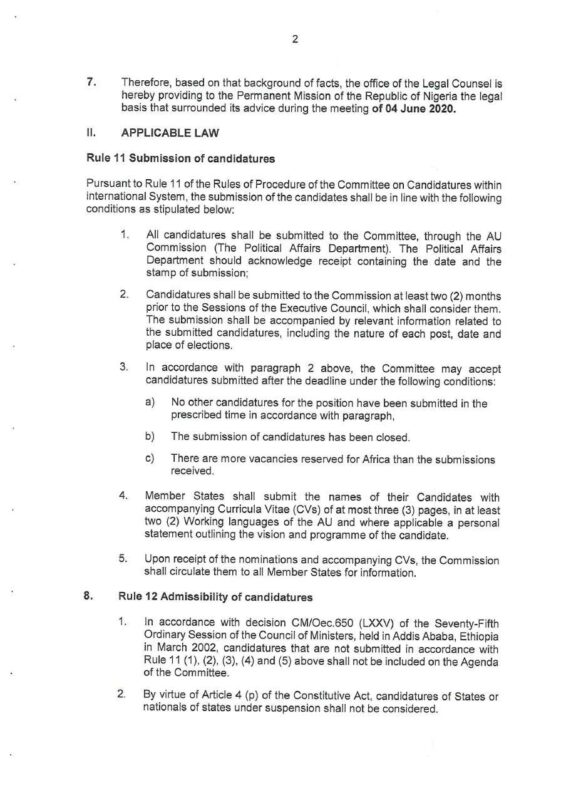 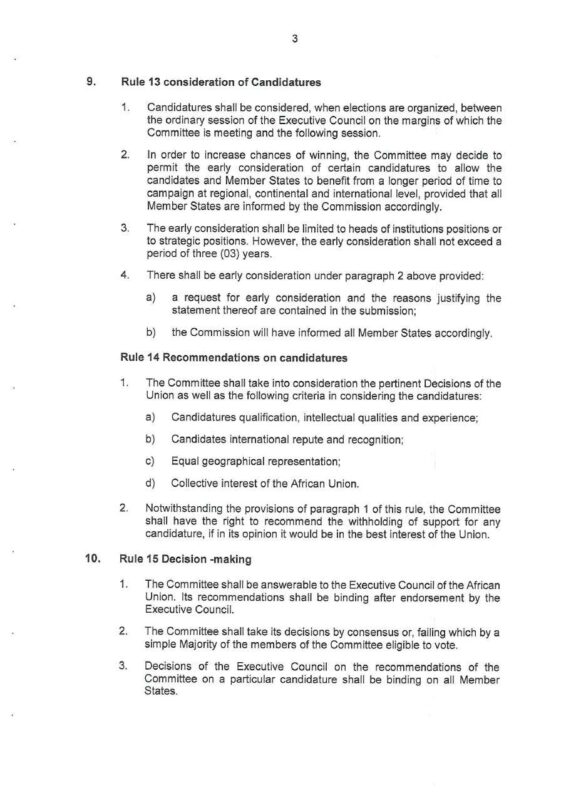 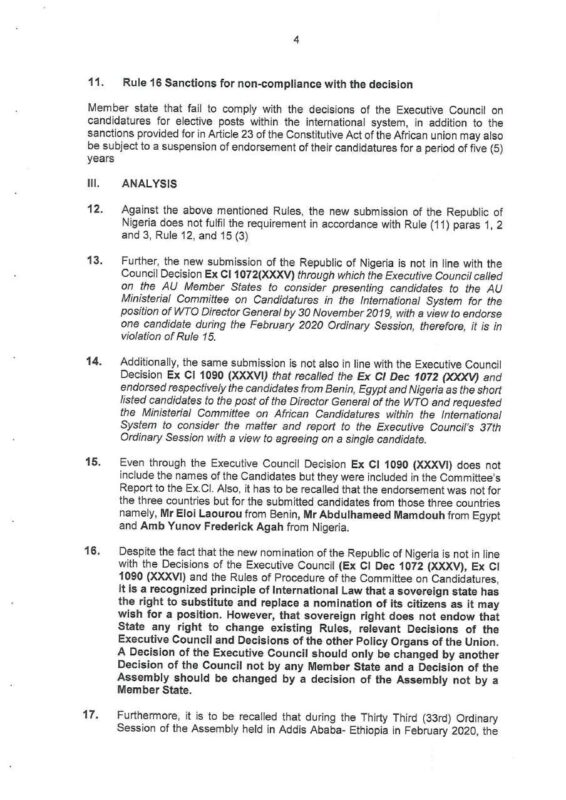 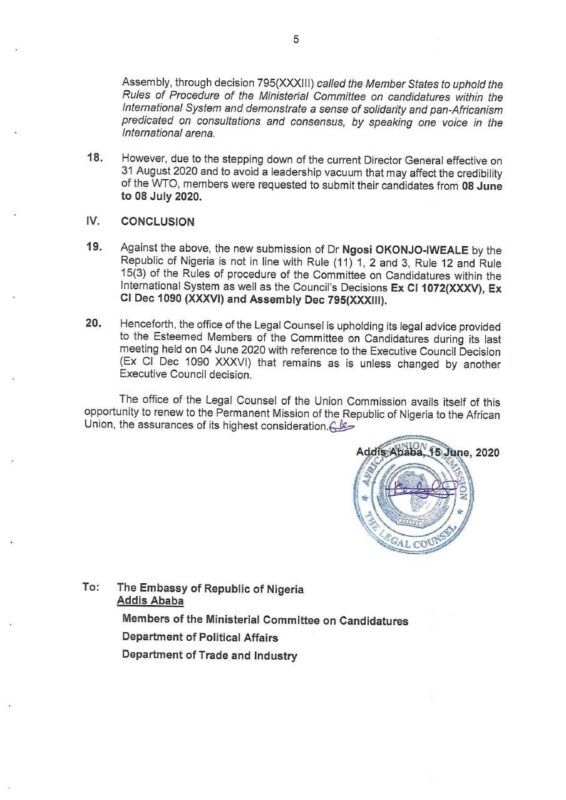 Do you think Fedrick Agah stands a chance against Okonjo-Iweala?

Who would have had better chances of being appointed?