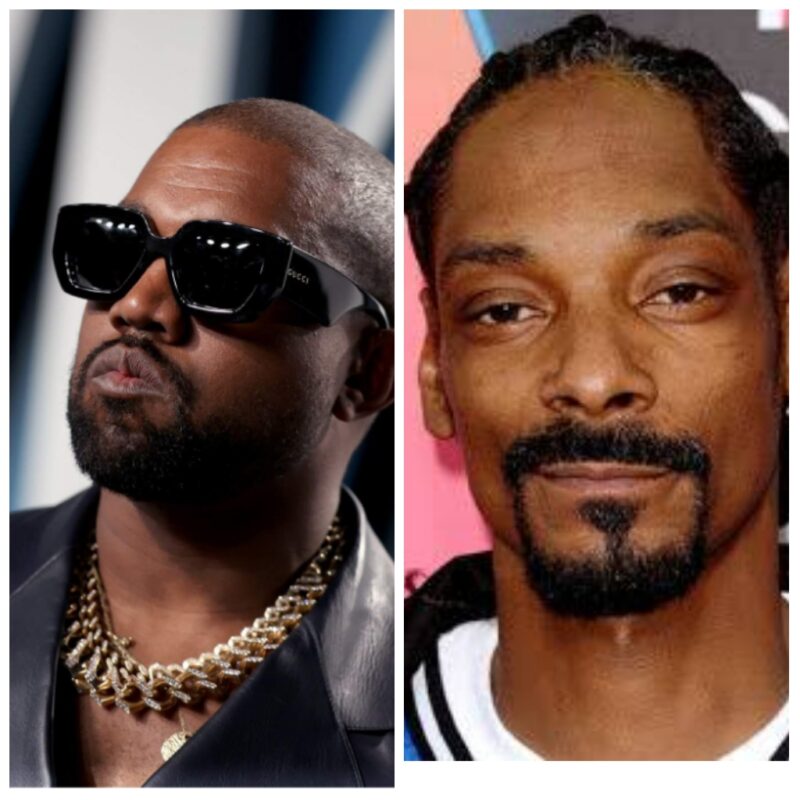 American Rapper Snoop Dogg has dropped a sneak peak of new music coming from Kanye West that is to be produced by the legendary beat maker Dr. Dre.

The Rapper (Snoop Dogg) dropped a shot clip which he is seen whispering that a new song will be dropped by Kanye West which his fans are not aware of. He couldn’t hide his excitement about this.

Snoop Dogg in the studio with Kanye and Dr. Dre ? #WESTDAYEVER pic.twitter.com/KVJln0KPcf

However, both Kanye West and Dre are not aware that their studio session has been leaked by Snoop. This year 2020, has been a very good year for Kanye West as he recently attained billionaire status.

He was also able to reconcile with Jay Z and the black Communities after a controversial statement he made about supporting US president Trump some years back.

Did Snoop Dogg snitched on them? Feel free to drop your comments below;