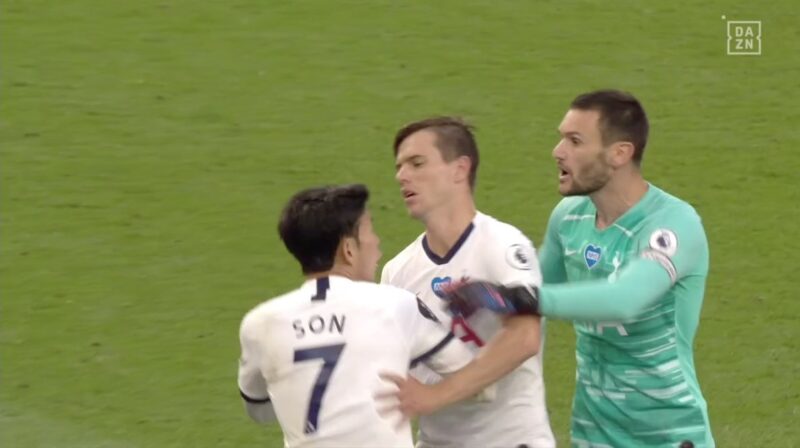 Hugo Lloris and Son Heung-min have to be separated by their teammates as they make their way off the pitch at half-time! ?

Watch the second half live on Sky Sports PL! ? pic.twitter.com/pw7l8fklBg

The keeper blamed Son for failing to trackback to Defend which brought some heated arguments but the players had to be separated by their teammates as they made their way off the pitch at half-time!

However, it appeared they later settled their differences as they hugged after fulltime. 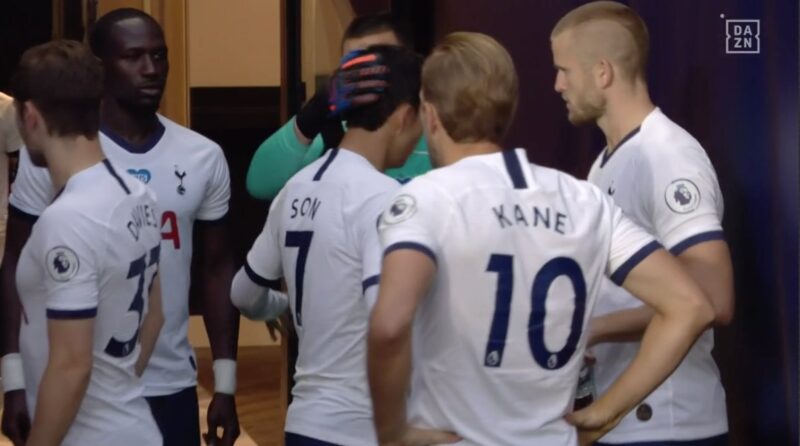 In a post match conference manager of Spurs Jose Mourinho described the incident as beautiful!. The manager celebrated his 200th win of the premier league as a manager in this game.

Tottenham ran away winners of the game courtesy of an own goal by Evertons M.Keane on the 28th minutes.