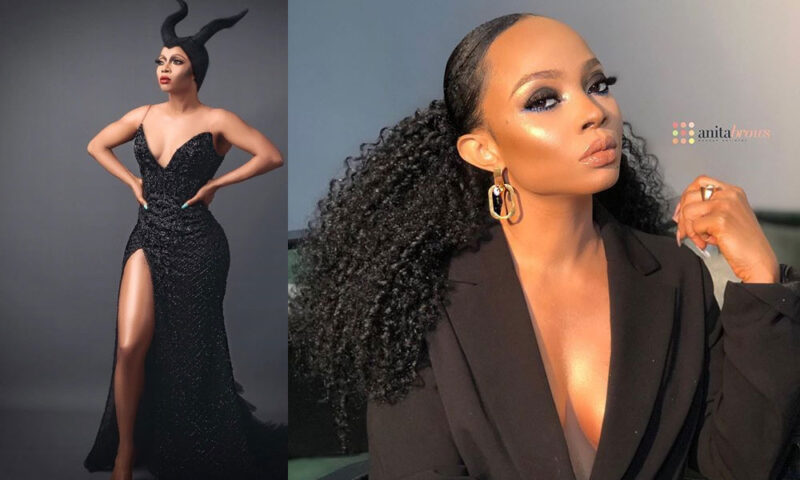 Popular media personality, Toke Makinwa has been allegedly kicked out of her Banana Island Mansion by Asset Management Corporation of Nigeria (AMCON).

Based on an allegation by an Instagram page belonging to Gistmerchant blog, Toke was able to acquire the asset from the help of her “sugar daddy”, Dr. Festus Fadeyi.

Festus Fadeyi is an oil & gas merchant based in Lagos whom is reportedly to be indebted to AMCON to the tune of over N240 billion.

Dr. Fadeyi has reportedly lost his assets to AMCON due to his inability to pay his debt. Earlier this month, AMCON claimed ownership of Fadeyi’s ‘Pan Oceanic Oil Corporation’ and other properties over the unpaid debt.

This led to the seizure of Toke’s house which we assume was bought with Fadeyi’s name.

In 2007, Fadeyi’s children warned the media celebrity to stay clear of their father as they were unhappy the way he lavishes on her.

They also perceived that despite his heavy debt to Skye Bank, he was still squandering on her.

A month ago, Toke opened up on how she acquired her dream house at 35.

Well, we hope you can connect the dots yourself?

What do you think? Tell us below.