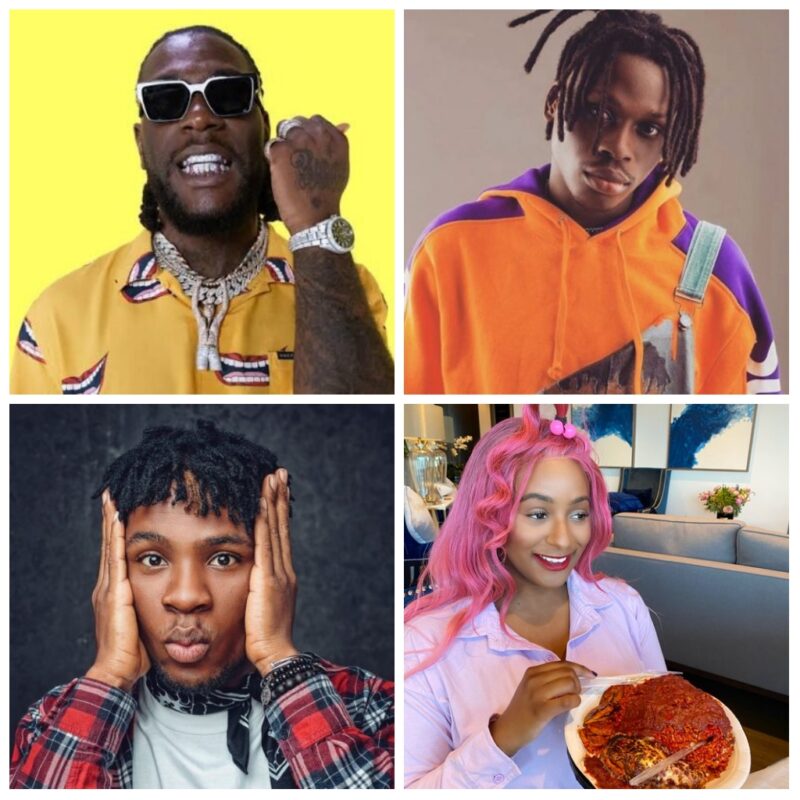 Cuppy hasn’t stopped teasing us with her yet to be released 12-track album with release date still unknown, she has now brought out a poll where fans should guess among these 3 artistes who made it to the album “Original Copy”.

Jollof on the jet gotta be @cuppymusic biggest song.

The 3 artistes comprising of Burna boy, Joeboy, and fire boy all have one thing in common which is “Boy” – attached to their respective stage names. We are yet to know which among the trio made it on the album.

Cuppy recently dropped a single “Jellof on the jet” which features pop senasations Rema and Tanzanian superstar “Rayvanny”. In anticicipation of her debut album.

Which among these boys made it to the album? Drop your guesses on the comment box;