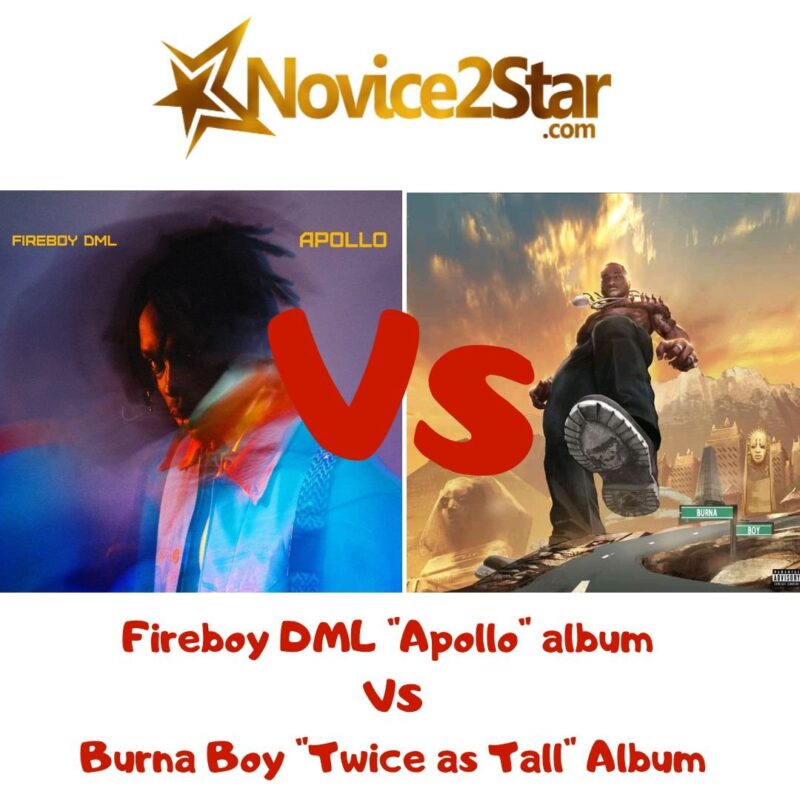 Afrobeat is taking a new look with the emergence of Fireboy DML and the global dominance Burna Boy aims to achieve.

After successfully amassing unimaginable numbers with his solo performed debut album, Fireboy DML declares himself a champion in his second studio album “Apollo”. The YBNL singer links up with American rapper, D Smoke, his role model, Wande Coal and his record label boss, Olamide to experiments on new sounds.

His second studio album has been tipped off to be a better project to Burna Boy’s “Twice as Tall” album.

Burna Boy having penned a deal with veteran music producer and rapper, Diddy to be one of the executive producers of his fifth studio album does so to triple his chances of bagging a Grammy award.

As revealed in his “Level Up” song featuring Youssou N’Dour, Burna Boy felt bad after loosing the World Album category at the last Grammy to Angelique Kidjo. The singer bounced back “Twice as Tall” hoping to claim the award this year.

Despite the diversity in their talents, many people think one album is actually better than the other.

Just to ensure you exercise your power of choice, tell us which album you think it’s the best.