Adekunle Gold released “Gold” in 2016 and “About 30” in 2018 just before giving us a bag of hard core African tunes in “Afro Pop Vol. 1”. Nothing is more beautiful than a melodious body of work with soul soothing sounds beautifully crafted and performed. With a smart move away from alternative and highlife musical genres, Adekunle Gold digs deep into the bossom of African pop sound.

The former YBNL act employs Nailah Blackman, Patoranking, Olayinka Ehi & Tekno to perfectly lure us away from his regular vibes. “AG Baby” featuring Nailah stands out as a magnificient melody. The musical bond between these two was evident in the quality of song they gave us in “AG Baby”.

If one can decipher the believes, experiences and the mood of a creative by connecting through his contents, then I assure you of witnessing the undiluted nature of Adekunle Gold’s talent in this body of work. The chords came just when needed.

Lyrically, “Afro Pop Vol. 1” album is extraordinary. AG Baby captures every moment as if he had a first hand experience even when he’s obvisously telling stories as seen in the last track “My Ex” where he talked about being in love with his ex, or is he?

Adekunle Gold claimed he is everyone’s baby but still wants to be ‘Exclusive’. His collaboration with Olayinka Ehi will get you all emotional till you listen to “Firewood” featuring Tekno. The later is groovy and tempting. You can only resist dancing to this tune if you are a terrible dancer.

Despite the distinctive nature of his talent, Adekunle Gold gave us something average and regular in “Pretty Girl” featuring Patoranking and in his solo performed “Water Carry Me”.

What do you think guys? Please share your thoughts below 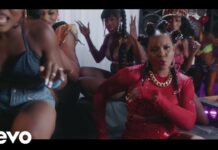 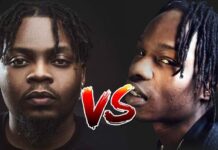 Naira Marley VS Olamide, Who Is The King Of The Street? 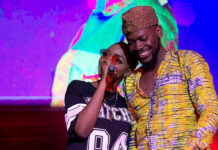 Adekunle Gold Rumoured To Be Cheating On His Wife, Simi