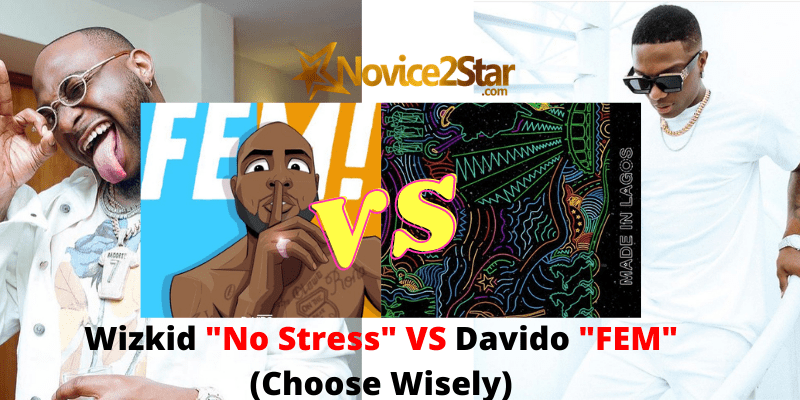 Starboy Entertainment boss, Wizkid and DMW boss, Davido is at it again. The two afrobeat gods recently dished out new singles off their incoming albums.

While Wizkid “Made in Lagos” album is scheduled for release on October 15, 2020, Davido is yet to reveal his release date. Wizkid had earlier released “SMILE” a single he featured American artist and fellow RCA records recording artist, H.E.R. Just a few hours ago, Wizkid premiered “No Stress” the second single off his most anticipated fourth studio album “Made in Lagos”.

Davido on the other hand issued a stern warning to his haters urging them to ‘shut up’ in “FEM”. The song was widely accepted as well even with the bants it got on popular social media network. The song appears to be the forerunner single to his third studio album “A Better Time”.

With these two singles (FEM and No Stress) in view , whose single do you think has all it takes to be a hit song.

Pleased drop your thoughts as comments below