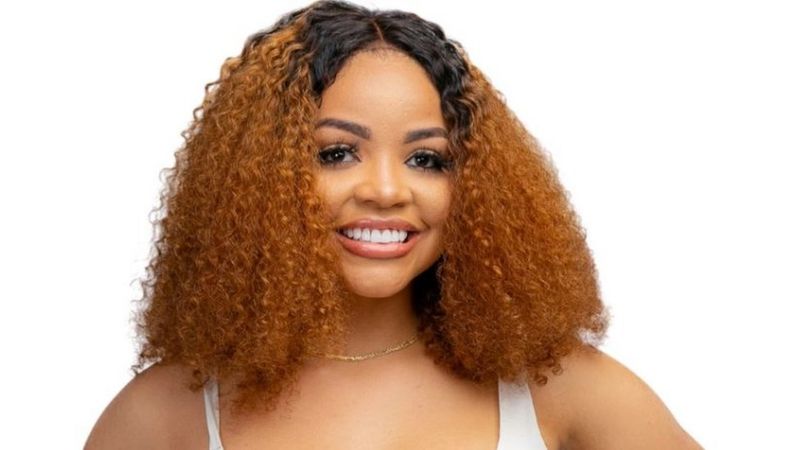 Nengi seems to be the best strategist to ever grace the Big Brother House, manipulating Ozo and twist his mind from the second week in the house till his last day yesterday. Is she a bad ass strategist or another case of “she’s emotionally confuse” be the judge.

First it was Twisting the mind of Erica and trying to draw Kiddwaya in but the later see beyond the surface and did not fall prey to her antics. Then she started another antics by trying to be cosy with him, an antics which later translated to the disqualification of Erica as she transfer the aggression towards Laycon. On different occasions kiddy have to push her away telling her to let him be, it got to a level where the dude has to complain, if she was a man, I would have fu*king broke her nose.

Since the week two of the show, she has been given Ozo mixed signals. First with her comment of “when you see what you want, go after it or someone else will take it from you” she made this comment knowing fully well that one of the housemate already has his eyes all over her as a beauty queen, she is.

Like a doe, she will be rejecting him in one hand and then taunting him in another. Telling him to let her be, she needs space, youre choking me just to mention a few of her words to him. Yet anytime the dude summons the courage to, she comes back crawling to his bed side. Showing love to him, seducing him and then forming the victim again, which made alot of the show lovers to tag Ozo “Tony Umez” (a Nigerian actor famous for playing the role of a lover always pursuing his subject of attraction at all cost) just like a billy goat, not knowing when to let the nanny goat be or quit. Now she has moved to her final phase of her strategy script to evoke pity.

As soon as Ebuka announced that Ozo is the next housemate to leave the Big Brother House, she zoomed in. Even when Ozo tried to steal that goodbye kiss, she turned a chick. A reaction that draws a mocking reaction from Vee. Then to the next, tears were now rolling out of her eyes.

Now, she zoned into been dejected and acting lonely which is suppose to draw sympathy from viewers and result into votes so she can claim the ultimate prize as the winner. This is a well written script and well-played strategy that should have worked perfectly. The only flaw in this, that she never expected was the advent and the rise in the popularity of Laycon which seems to defy gender, race nor religion. Laycon is the flaw in her strategy but let’s keep our fingers crossed as the finals unfold if there will be a twist in the shows narration. I feel she’s playing the script has written by Robert Green in the Laws of Seduction and Forty Eight Laws Of Power which summary is manipulating your targets to archive your goal and making everyone see you as the victim. She’s playing the antics of a siren has written in the former just like Cleopatra.

Although some people might claim ”  she’s just not sure”, but the reality is: she’s a manipulator and Ozo really made for an easy prey.