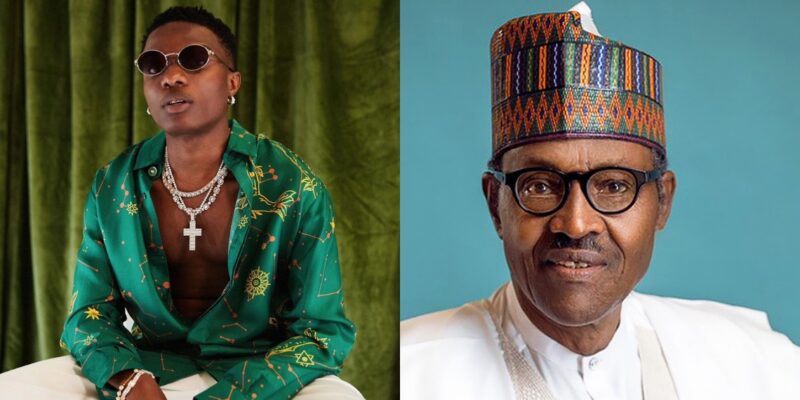 The Made in Lagos Album owner, in his response to the president of the federal republic of Nigeria’s tweet wishing his America colleague, president Donald Trump a speed recovery from the ravaging pandemic, Corona virus. He told him: Donald Trump is not your business. Police/Sars killing Nigeria youth on the daily! Do something. Calling him old man.

He went further: Nothing concern you for America!  face your country.

Donald trump is not your business!
Old man! Police/Sarz still killing
Nigerian youth on a daily! Do something!
Nothing concern u for America!
Face your country !! https://t.co/thxmoYb7VE

This follows the cry of Nigerian for end Sars saga, which have been on for over a year now. The squad has been accused on several occasions of killing, extorting and sometimes arresting of innocent Nigerian citizens. Now Wizkid follows the steps of the likes of Idris Abdukareem, Rugged Man to speak out against the operation of sars.

More so, he also asked the Lagos State governor, Osanwolu to do something that will make them to be proud of him just has he had claimed he is proud of the entertainment industry in 2019.

Mr Governor! I met with you December 2019! You expressed how proud you
are of the entertainment industry and all we do. Pls do something let’s be proud of you too abeg ! #Endsars!! https://t.co/PZoxsSIx5D

While also joining the end Sars campaign with his #Endsars tweet.

Hopefully as one of the prominent youth and one of the best singer/ influencers in the continent, his voice will get to the authorities and do something about the rampage of the force.