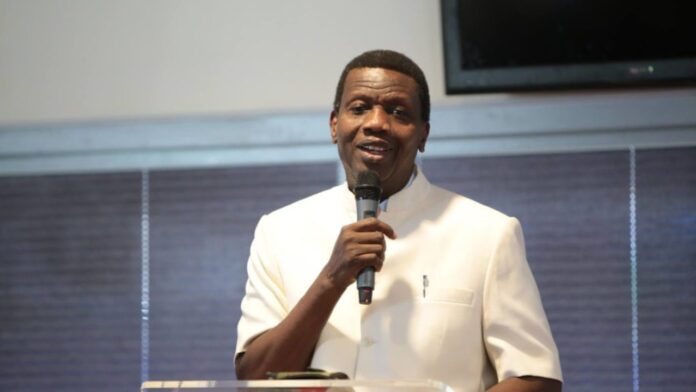 The world general overseer of The Redeem Christian Church of God (RCCG), Pastor Enoch Adeboye has given his support for the youth protest to put an end to police brutality in the nation.

The subtle speaking Preacher, made the call after so many of the youth have longed and yarned for the men of the pulpit to join their voice to that of the Nigerian youths as they say enough is enough.

In his proverbial, biblical allusion, and indirect manner of commentary approach of using satires or allusion to condemn social ills in the society, the pastor Declares that “our daughters will not be able to prophesy and our young men see vision if we don’t keep them alive.” Drawing from that; he declared his support for “peaceful protest“. As tweeted by his handle.

Also, an official message was released in form of an open letter with #EndSars, #EndSwat, #EndPoliceBrutality signed by the assistant general overseer, administration and personnel, pastor Johnson F. Odeshola.

He therefore becomes the second popular “man of God”, after Sam Adeyemi endorsing the protest and calling for change. This endorsement has gained a lot of applause from the youth while calling on other men of God to follow suit.

Now, the shepherds are joining their flocks to call for change, maybe this will finally make the government to listen to the governed, and create the change they are all clamouring for.

Will this be the last straw that will break the government’s back? What’s your take.