Popular Igbo rapper, Phyno, has accused the Enugu State Government for being threat to him and other Nigerians who came out to partake in the ongoing peaceful EndSARS protest in the state.

The rapper, Saturday, took to his twitter to make a statement accusing the state Governor of sending thugs to disrupt the peaceful protest and failing to listen to their demands. He went further to explain how the Governor walked out on them in an unapologetic manner.

He further explained in the thread below the full details of the incident.

Enugu! 🗣Today our lives were threatened and we are making it clear that if ANYTHING happens to any single one of us or any protestors, let it be known that it was done by the ENUGU STATE GOVERNMENT! @phynofino @ZoroSwagbag @iam_kcee @masterkraft_

Some fans accused the rapper of false claims against the govenor, why others said he was wrong to have left his state of origin to lead a protest in another.

See some of the replies below.

If insulting our Governor which he waved away is what you consider to be a threat, then I must tell you that sense is far from you

The #EndSars protest shouldn’t be used as a platform for clout-chasing and playing to the gallery. There is absolutely no basis for this claim by @phynofino.

As long as some of you have decided to bring politics into Enugu protest,no peace.We know the genuine protesters against police brutality in Enugu.Coming from your state to confront a sitting governor in another state in the guise of protest is most reckless, stupid and suicidal.

Point of correction, the Government of Enugu State didn’t threaten your lives rather it was stated clearly that a Judiciary Panel has been set which every institution in the state has a representative for proper investigation and decision on ending Sars matter.

What do you think about this? Drop your comment below. 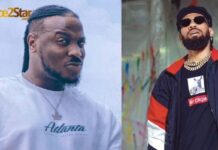 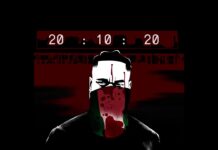 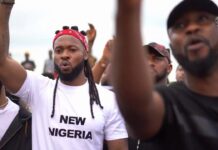