Nollywood actor, turned politician, Desmond Elliot has come under heavy fire on twitter for his stand on the development of a bill to regulate and control speech on social media by the Lagos State House of Assembly.

The Nollywood star who is representing Surulere Constituency of Lagos State Government, is said to be one of the key supporters of the ongoing bill to regulate and control speech on social medias in the present regime.

The social media bill, for those who do not know, is a bill aimed at the punishment of citizens for making derogatory statement against the government. With this bill implemented, social media users could get arrested for speaking up against bad governance.

A twitter user announced the role of the Nollywood star in the implementation of this bill and other users of the social media platform are not taking it likely with the actor. He posted:

The Lagos State House of Assembly is developing a bill to regulate and control speech on social media. Desmond Elliot is said to be one of those pushing this.

So the plan is to deny the Lekki Massacre and then start arresting anyone who tweets about it?

What is wrong with us?

Other users responded in their own ways by calling the actor all sorts of name. See some reactions below:

Desmond Elliot is a proof that a young person could be the President of this country and still fail us.

After he unveiled a public toilet in Surulere as his project for the year, nothing Desmond Elliot does surprises me anymore.

Luckily, na that Lagos House of Assembly him political career go end sha. He won’t bring his disaster to the federal level.

Desmond elliot is a compound fool, now that he is a politician he has forgotten the movies he acted about politicians being rogues. Power will change people

Desmond Elliot should better know that power changes hand. He is a very big disappointment to the youths and people of Nigeria.

First they deny the Genocide, then Fashola finds a Mystery Camera & now Desmond Elliot has proposed a Bill that will regulate Social Media Posts so they can arrest anyone that posts about the Lekki Massacre. They will go any length to silence us, this is 2020 not 1920

Desmond Elliot is a hypocrite and a fool!
He acted films of politicians being evil, now he’s a politician he has joined them. Coward!

Desmond Elliot supports the Social Media bill cos we dragged him for this. E pain am. https://t.co/G6XpaxV2L5

What are you thoughts about this? 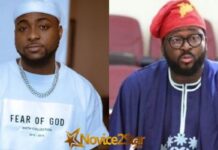 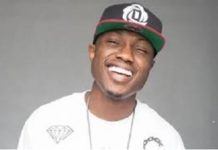 #OkadaKekeBan: ‘The ban is not an issue’ -Rapper Vector Speaks 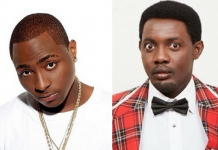