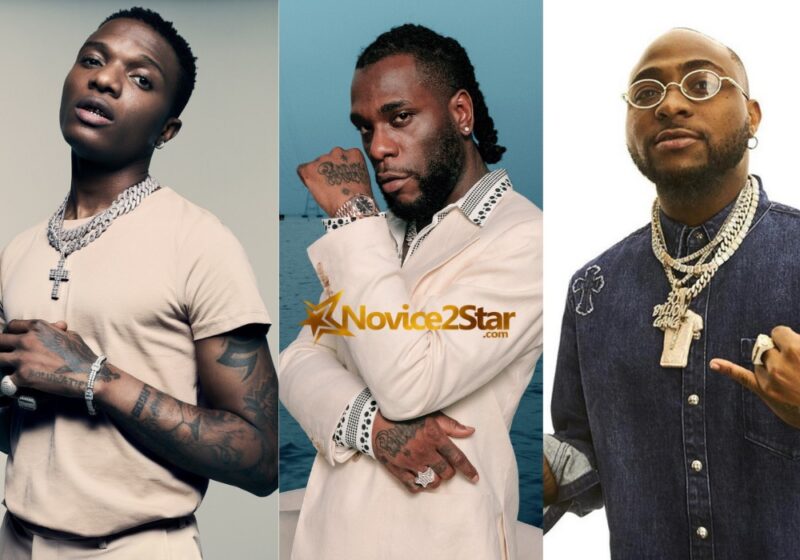 Tales of Nigerian music industry, the excretion that revolves around the three most competitive acts in Nigerian music scene. They have paced great dominance and series exposing the unique spec of Afro & Pop culture through there weighty blossom artistry, constructed and richly delivered consistently. 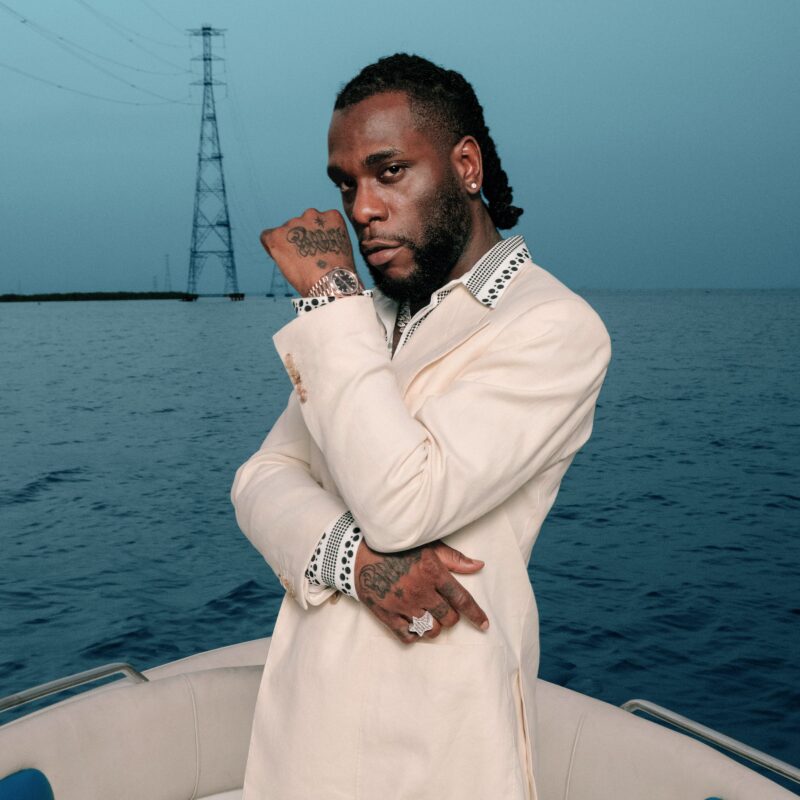 The great tale, revolves mighty and it flows in Damini Ogulu’s vein. He is popularly known as Burna boy and his artistry, is not an exemption with his greatness couched deep in powerful self-made confidence. He is a rare breed; an act cross-breed from two different cultures. Different ties, from the South & Western part of Nigeria. His father, Samuel Ogulu, from the South and his wife, Bose Ogulu – Burna’s brave mother who reps as his legit manager. A true Western breed she is. She reckons with her sons passion, his musical dreams and his brave heart to be victorious with his career. She fully supports the artistry of her only son. He bears the mark of premium greatness, artistic notability and he runs with an ultimate purpose which boldly inscribes the scar that presents him as the “African Giant.” Burna boy, his tale is unlimited and his rapid growth, it seemed like a mystery.

The 29-year old, Grammy nominated act, Burna. Broke forth, into international recognition completely in 2018 with his “OUTSIDE” LP. His “Ye” track, held lines embedded with Fela’s legacy. And the project generally, was paced fast gravitating his predestined greatness like a rocket shot above the sky. His 2019, “AFRICAN GIANT” project draws blood from Grammy’s flesh making him a nominee with the ‘Giant’ project that represents his true kingship and rulership on the Afro-beat genre basically.

His coming, was acute and it was regarded as the second coming of the Afro-king, Fela Kuti. And his recent 2020 “TWICE AS TALL” LP lavished his genuine act of bravery with mixtures of holy dexterity which kindles with the very perfect selection of stars for the project. Burna, has been planted acute to his dreams and he is hoping for it to come through like his plucking off ripe, and plenty fresh tree fruits. He is patient enough, yet to be fully transfigured as a legit Grammy winner. He proclaims, “I’m a mother fucking legend and I’ll say it proudly.” Exercising his undying beliefs and self confidence. Also, he explains his life struggles made to secure greatness, the bag and all that comes with being victorious through his perfectly tuned “Level Up” track. Burna’s artistry has always told his notable tales in the Nigerian music industry and has been groomed curt, curating a legendary repute in the music industry like his progenitors have paced long before. 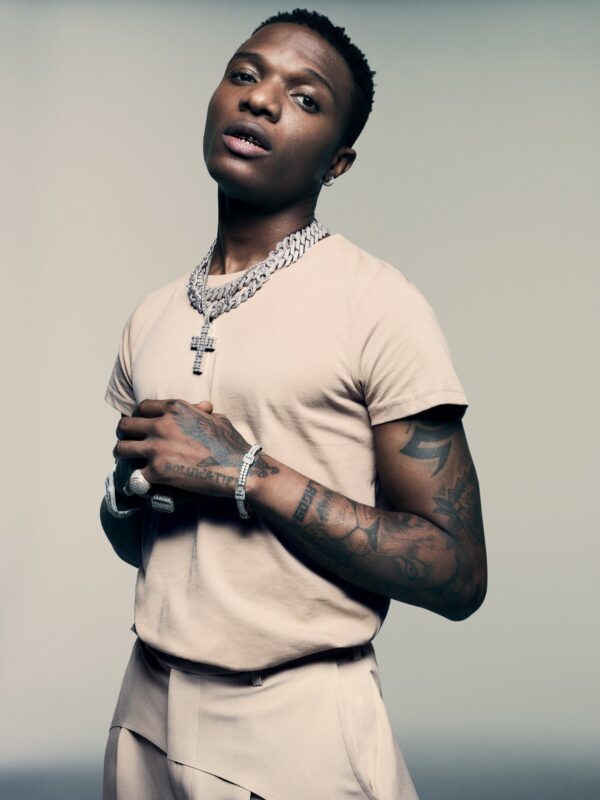 Ayo Balogun, known popularly as Starboy – Wizkid. He has told many tales through his bold artistry which he spread, his luxury coats mend with smooth lyrics to blot genuine happiness to a sad soul.

He finely, effectuates his art with variety of tales that describes and brings one to self completion, hope, his experience, his struggles and examining a gap to fill with his belief and gratitude. His 2014, “OJUELEGBA” track holds that definite truth and the fine pure tales about Wizkid’s artistry. He initiates happiness entirely. His creativity and star-studded trenching ability to finish a tune complete.

He gained immense international recognition through that fine “OJUELEGBA” record, excreting his golden acceptance and broke all out on his “Starboy Records” trademark. Recently, he pens another deals with RCA Records and his being doing absolutely interesting and quite remarkable under there engraved management for his recent records and projects, including – “Ghetto Love” and his “Joro” track.

His recent, “SOUND MAN” 7-track Extended Play had worked wonders under the pedal of both his trademark and management of RCA Records, Sony Music. It did excitedly keeping ones leg stock for the next vibe his about to unleash after electrifying his recent “SMILE” record with the American, Grammy Award Winner – H.E.R. It’s a fine record and tells the apt attitude we should expect for his anticipating album. The project, seems like one en-gravement that’d take over the whole continental horizon – “MADE IN LAGOS.”

The 30-year old, Starboy, Wizkid’s art is an experience to feel without loosing a bit of focus. His greatness is undeniable and His art creates such an electrifying connection that digs deep in Nigerian music industry. His tales, are legit and and he tells no lie through bright melody, with mixture of an addictive muse. He is a great leader in Nigerian music industry. Starboy, he is much closer to become a legend and you know this part of the future already. 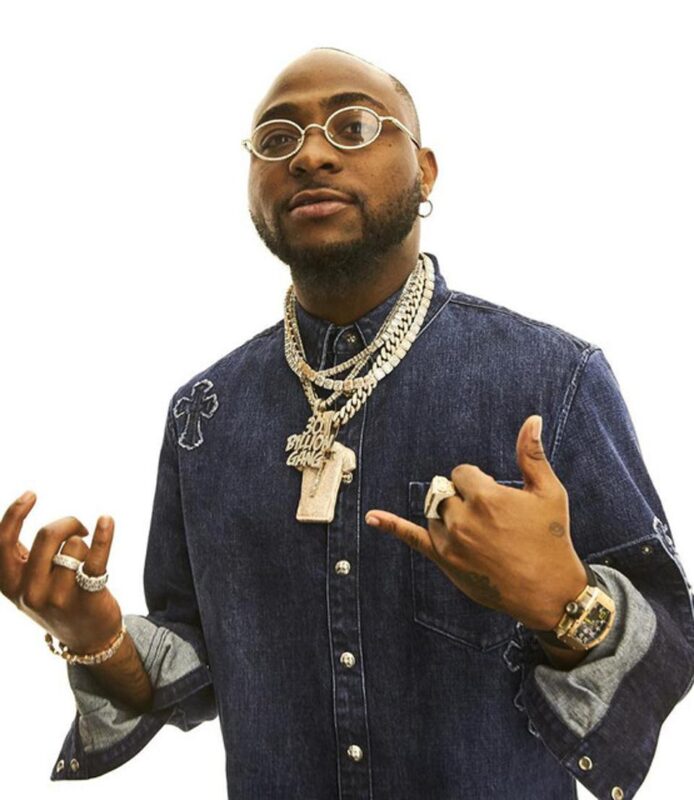 David Adeleke, known popularly as Davido. He is another star. He lights stage with very bright illumination, and he is quite hardworking and makes a difference with his artistic deliveries. Davido’s international break out was deliberate. He designed, a very bright single titled – “Fans Mi” accompanied a smooth feature with American, MeekMill in 2015. Took his artistry, higher with many destructive award wining hit records.

His 2017, “Fall” track, was a mighty storm that took over the airwaves tremendous. “Fall” Broke the rules completely, gained unreleased feature with American act, Cardi B. It topped several charts and became undoubtedly one of the hottest tracks in the country and beyond. “Money fall on you, banana fall on you, Prada fall on you, cause I’m in love with you.” That was a really mad hit single. His “Fire” and “If” track, released same year, in 2017 was more potential art that we all saw thrived richly. “Fire Fire Fire!” And “If I tell you say I love you oooh!” Which got mind blowing features too. They all came through pure, confirming David’s Hit making ability, making hits became more volatile and definite.

He broke through, hit even harder bounced intense and tore the castle asunder with his “Blow My Mind” track featuring American singer – Chris Brown In 2019. Davido, proved better with his ability to make great set of hit collaboration for his artistry and it helped his career leap lasting effect. His addictive and evergreen 2019, “Risky” track which featured Jamaican, Popcaan. True, it was another prove that came also planted his recent, 2019 “GOOD TIME” project, with undying records that held series of hits in them. David, did apt and he deserves his every accomplishment for his hardworking and relentless. He delivered us to his recent hit, “Fem” and he goes really blunt and exercising his prowess and deliberate hit making.

The 27-year old, Davido has been doing blunt magic making regular hits and his tales digs deep in Nigerian music industry. He makes deliberate hit and it’s makes his artistry, its delivery exceeding notable. David’s one of bravest act and he makes one of the best out of what he owns.