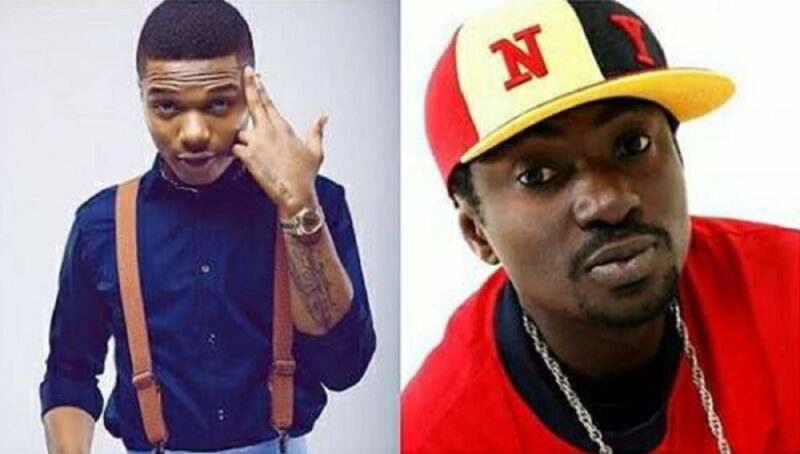 In a live session on Instagram, Blackface said people have over time questioned him on the reason he has issues with both 2Baba and Wizkid.

According to him, Wizkid and 2Baba do things in ways that do not please others , even though they are at liberty to do so.

Recall that he had also accused 2baba of same thing, claiming that he initially wrote the song which was a hit track for his former co-member of the defunct Plantashun Boiz music group.

“Do you understand? And over the years, people have seen the reasons why, you know it’s because these artistes in question, they’ve decided to do things that don’t go well with everyone. I’m not saying they don’t have the right to do whatever they want,  but then there are some boundaries you don’t cross.  Boundaries like if you wanna do my song, you’ve to tell me you wanna do my song and if I want you to do it, I’ll tell you but give me my credit, you do my song, I don’t have a problem with you rendering my song.

“But what I have a problem with is when you go to the studio with your producer you take my beats, you turn it to something else and you people start to sing some flimsy songs and turn it from English to Yoruba or turn it to Efik or to Igbo or any kind of lingua.

“Not trying to disrespect but you have to be original, what do you want the people to really understand about you. You can’t be a copy cat forever.  You can’t be copying music for the rest of your life. Why not take some time, smoke some weed and write some songs.

“There was a time I made some song called ‘since you’ve been gone’, it was changed to another different sound called ‘Ojuelegba’ by Wizkid. Then I did another song again ‘baby girl said I like the way you whine it…’ that was changed again by Wizkid to something else with Banky W.”

Just recently, he slammed Wizkid for calling out President Muhammadu Buhari over the activities of the Special Anti-Robbery Squad (SARS).

The 30 year old singer slammed Buhari for his ‘nonchalance’ over the issue, but this did not go down well with Blackface who said “Why don’t you face your music small man?”.