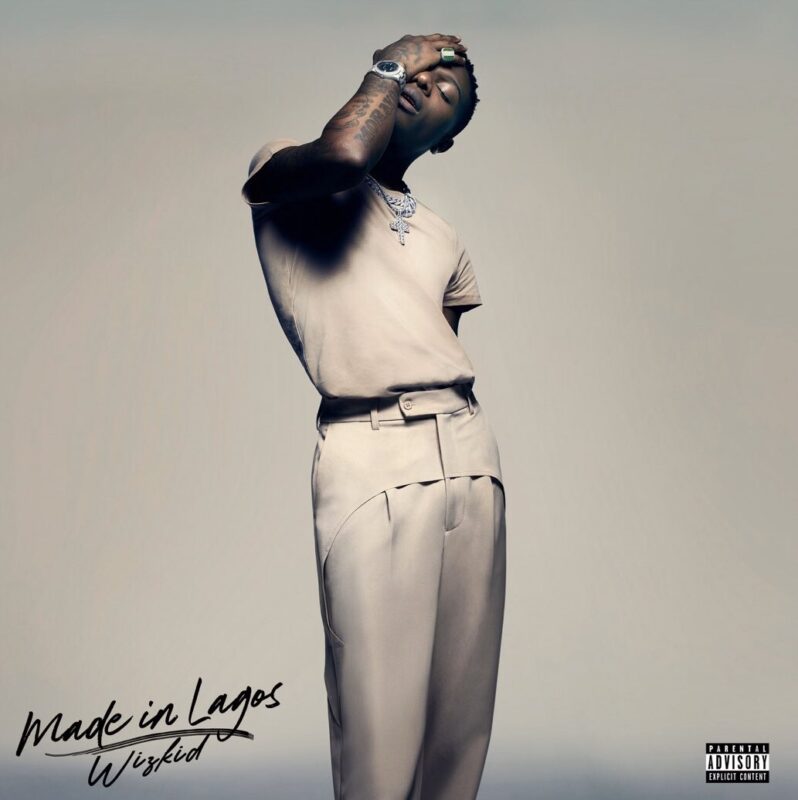 Wizkid’s ‘Made in Lagos’ album has become the third most streamed Nigerian album on Spotify within weeks of it’s official release.

The much anticipated album, with so many reviews on variety of blogs and other social platform has been gathering so many streams on various platforms across different countries.

This is a huge feat considering that other albums that have been released earlier have not garnered as much streams as his new album.
Recall also that Tiwa Savage’s third studio album, ‘Celia’, is the most streamed album by a female Nigerian artist in 2020 on Spotify. It was released on August 27, 2020. It has 13.2 million streams which makes it the second most streamed album on the platform.
‘Made in Lagos’ which was released on October 30, 2020 already has 10.1 million streams. This currently makes it the second streamed album by a Nigerian male artist on Spotify in 2020.
Below is a full list of the most streamed Nigerian albums on Spotify. 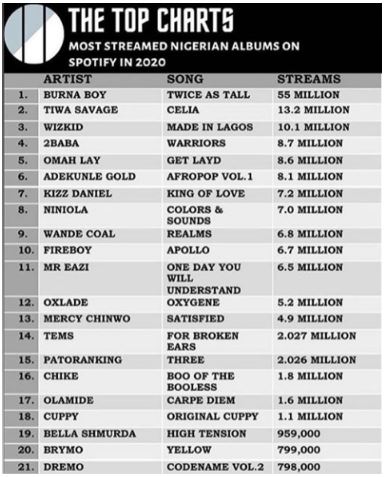