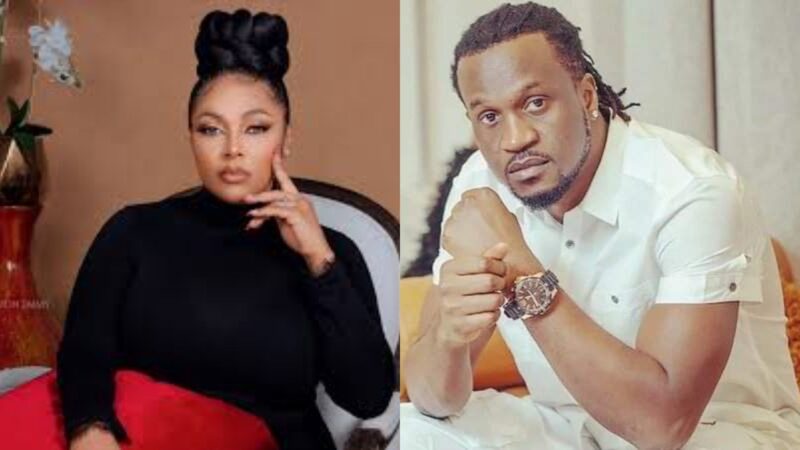 RudeBoy, the other part of the defunct brother duo group, PSquare, has responded to his brother’s wife Lola Omotayo over her comments on their birthday.

This response came as a surprise to the fans of the duo group who have been calling for pace  between the two brothers so they can return to making good music together again.

This reply shows all is not well between the brothers and nothing seems to be getting resolved soon.

Lola Omotayo, the wife of Mr P (Peter Okoye) had written to celebrate the twin’s birthday.

in response, RudeBoy wrote what can be tagged ‘his own truth’ to show that there are more to the problem plaguing the Okoye’s family than what is reported in the media. And that Lola is not an angel or innocent as perceived by many. Here is his response:

He wrote: “At the age of almost 50 you still think you can still be manipulative and always trying to be in control as usual..well am not there anymore and Jude also is not there anymore… which was exactly how you wanted it. Aunty for 4 years we haven’t spoken, but every 18th of November, you come out to type shit and they end up saying awwn she’s a good woman meanwhile they don’t know the evil things you do behind doors..while in the outside world you try to portray an angel..

Anyway, it social media era, what do I expect. Next year will come again you’ll still come and type shit. you should know me very well, and you know I don’t pretend. so continue what you’re doing, you don cast finish already ..no need to expose you…that’s why I’ve never said anything because it’s family. let your guilt deal with you. 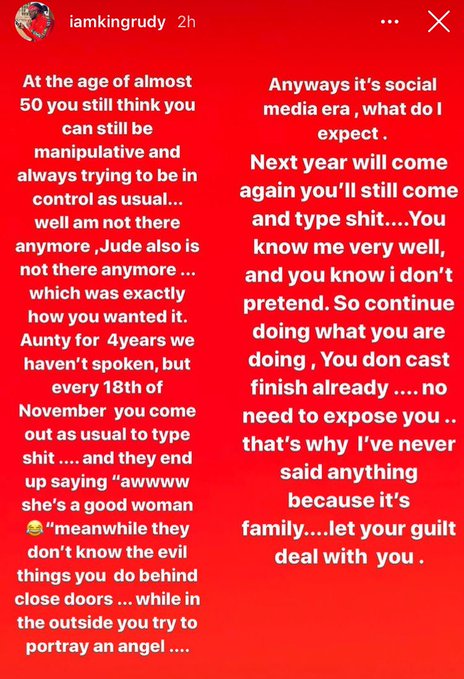