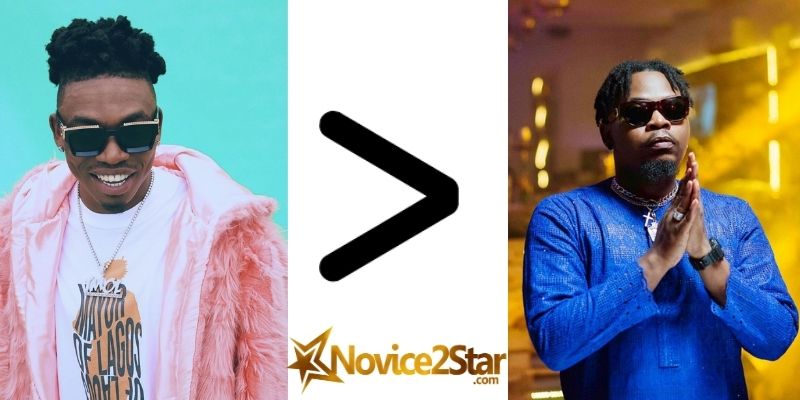 DMW artist, Mayorkun, has reacted angrily to a fan who said he was greater than YBNL boss, Olamide.

A twitter user known as Momo (@Momoreoluwaa) too to his page to express his opinion of who is a better artist between Mayorkun and Olamide.

The user however highlighted that Mayorkun is greater than YBNL boss.

This, however did not go well for Mayorkun who saw no reason for the comparison between them. He replied the user, asking him to not even do anything of such nature again.

Did Mayorkun over reacted? Is he truly greater than Olamide? What do you think about it?