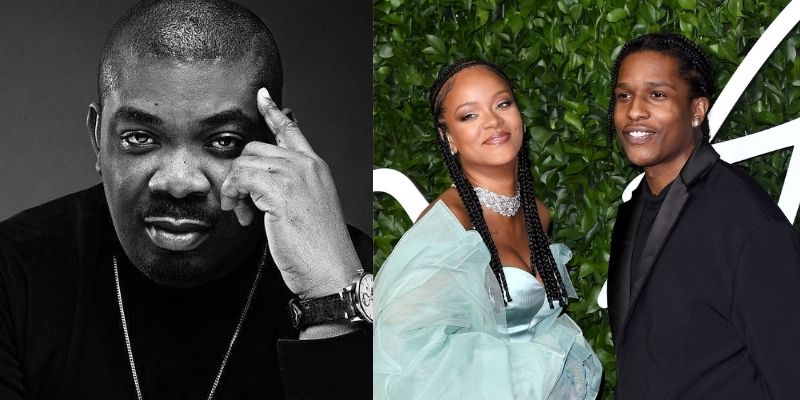 Popular Nigerian music producer, Don Jazzy, has reacted to the news of his longtime crush, Rihanna, in a new relationship with American rapper, ASAP Rocky.

It is no longer news that the Barbadian singer & actress has been in relationship with her new found beau. The rumour gained some spectrum of truth when People Magazine confirmed from a source that both singers are dating.

In reaction to this, Don Jazzy, who has been known to have an unending crush on the Barbadian singer took to his social media page to express his disappointment on his fans for not checking up on him.

The producer who still cannot believe the news sees it as a rumour. He posted a screenshot of the headline with the caption “Y’all have been seeing this rumor and nobody checked on me. ?”

Y’all have been seeing this rumor and nobody checked on me. ? pic.twitter.com/xcePu07OTC