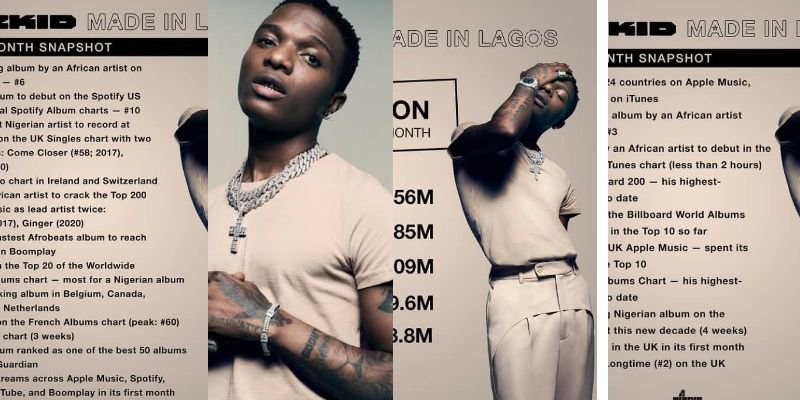 The Starboy Entertainment boss, and RCA recording artist, Ayo Balogun popularly known as Wizkid has now recorded one of the best one month of his career as a lead artist. Wizkid via his official fan page @wizkidnews on Instagram shared a list of all the 21 Records his “Made in Lagos” album has broken. 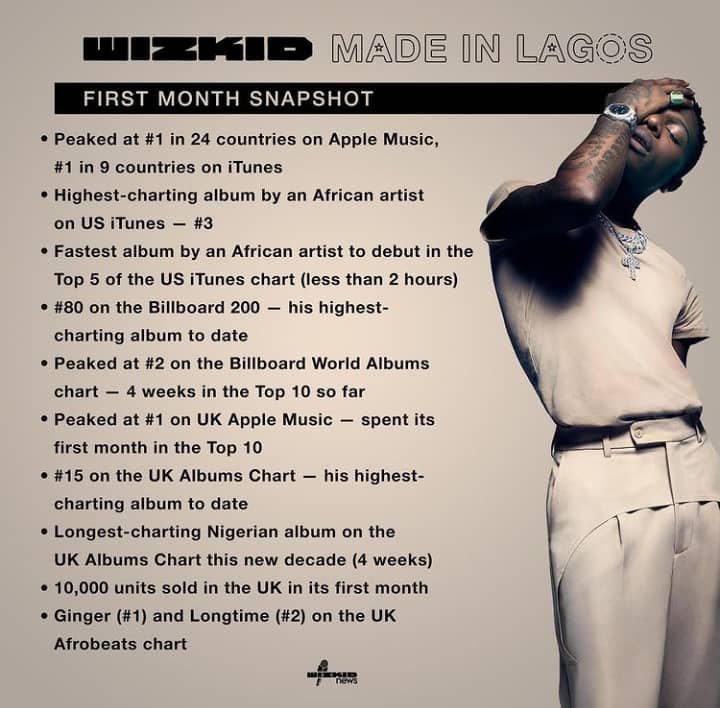 2. Highest-charting album by an African artist on US iTunes – #3

3. Fastest album by an African artiste to debut in the Top 5 US iTunes charts (less than 2 hours after release)

7. #15 on the UK album chart – his Highest-charting album to date 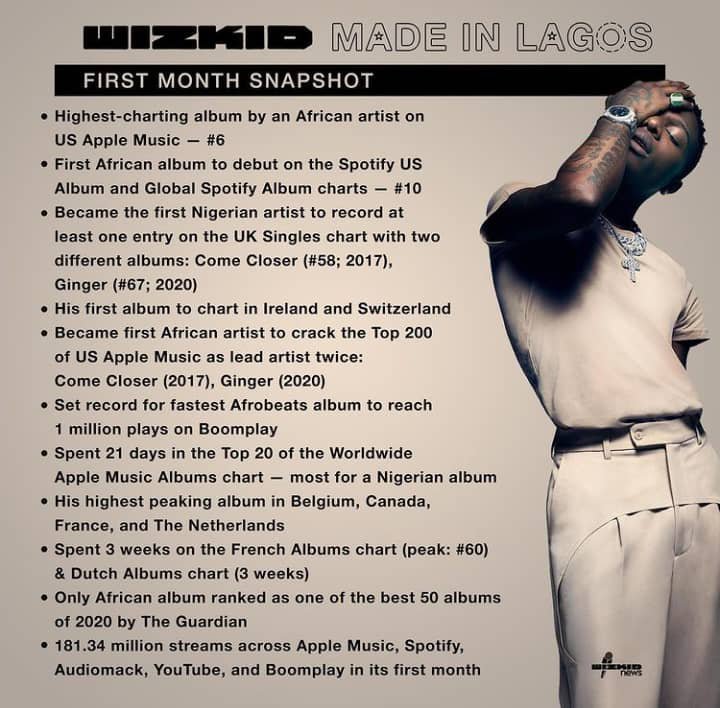 11. Highest charting album by an African artist on US Apple Music – #6

12. First African album to debut on the Spotify US album and Global Spotify album charts – #10

14. His first st album to chart in Ireland and Switzerland

17. Spent 21 days in the Top 20 of the worldwide Apple Music Albums chart – most for a Nigerian album.

18. His highest peaking album in Belgium, Canada, France, and The Netherlands