The battle might have just been over as Davido leads Wizkid with over 30 million streams as both artistes unveil their recent albums monthly total streams.

David Adeleke also known as Davido, yesterday shared the one month total streams for his third studio album “A Better Time”. The singer and record producer has now amassed over 213 million streams one month after releasing his recent album. 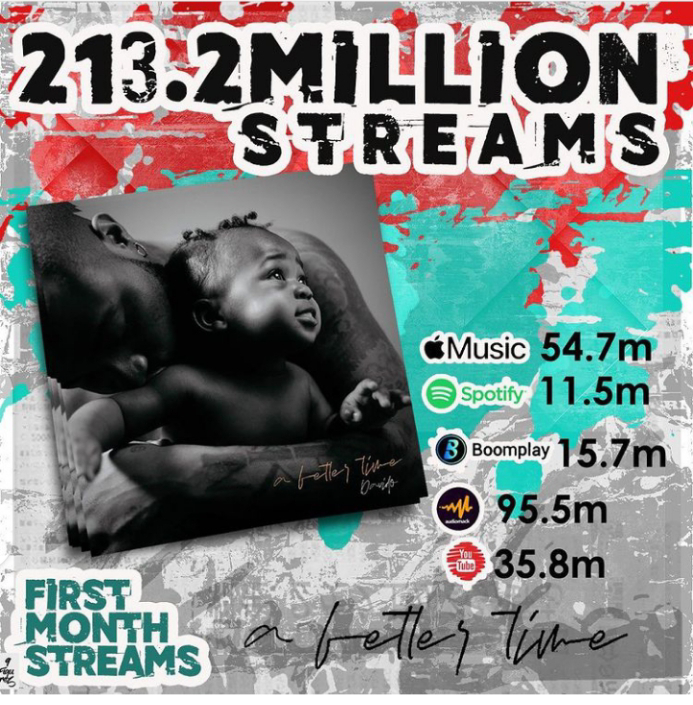 Wizkid on the other hand only bagged 181.34 million streams for his critically acclaimed fourth studio album one month after its release. 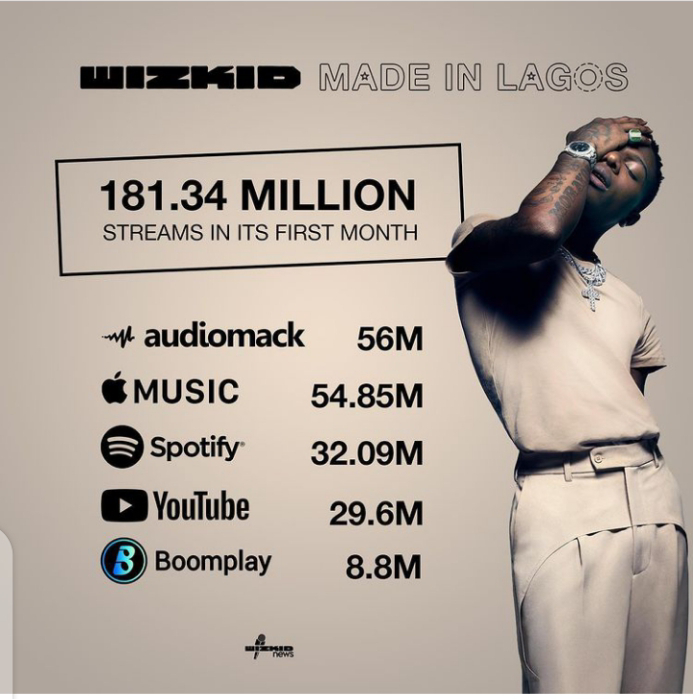 While Wizkid fans celebrated his 181.34 million first month streams for “Made in Lagos”, Davido’s “A Better Time” recorded 213.2 million streams.