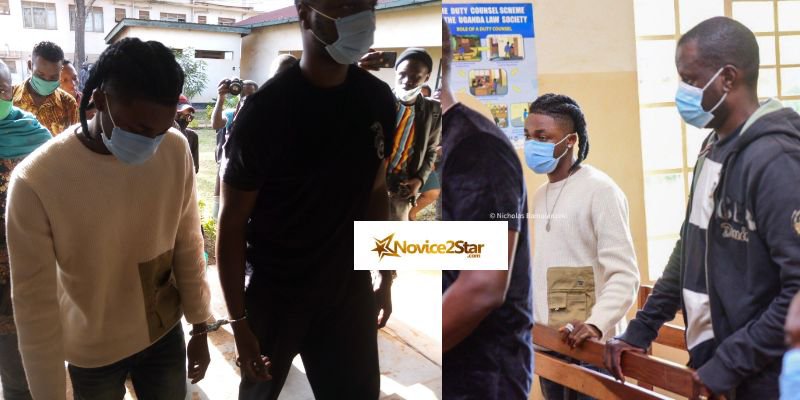 Nigerian singer and songwriter, Omah Lay has been arrested in Uganda.

The Port Harcourt born singer, Omah Lay accuse Ugandan Police of arresting and detaining him without giving him an opportunity to defend himself.

He was today arrested in Uganda for flaunting the COVID-19 laws in the country. Omah Lay was arrested alongside fellow Headies awards next rated nominee, Tems for performing in Uganda.

The Ugandan police via their verified Twitter handle confirmed this arrest claiming that Omah Didia alias Omah Lay, Temilade Openyi alias Tems and Muyiwa Awomiyi have been charged to court in Makindye on charges of Negligently doing acts likely to spread infectious diseases.

The earlier plans of releasing them on police bond, were suspended after their casefile was sanctioned by the Office of the DPP.
They were jointly charged with four other Ugandans. All remanded till Wednesday 16.12.2020. 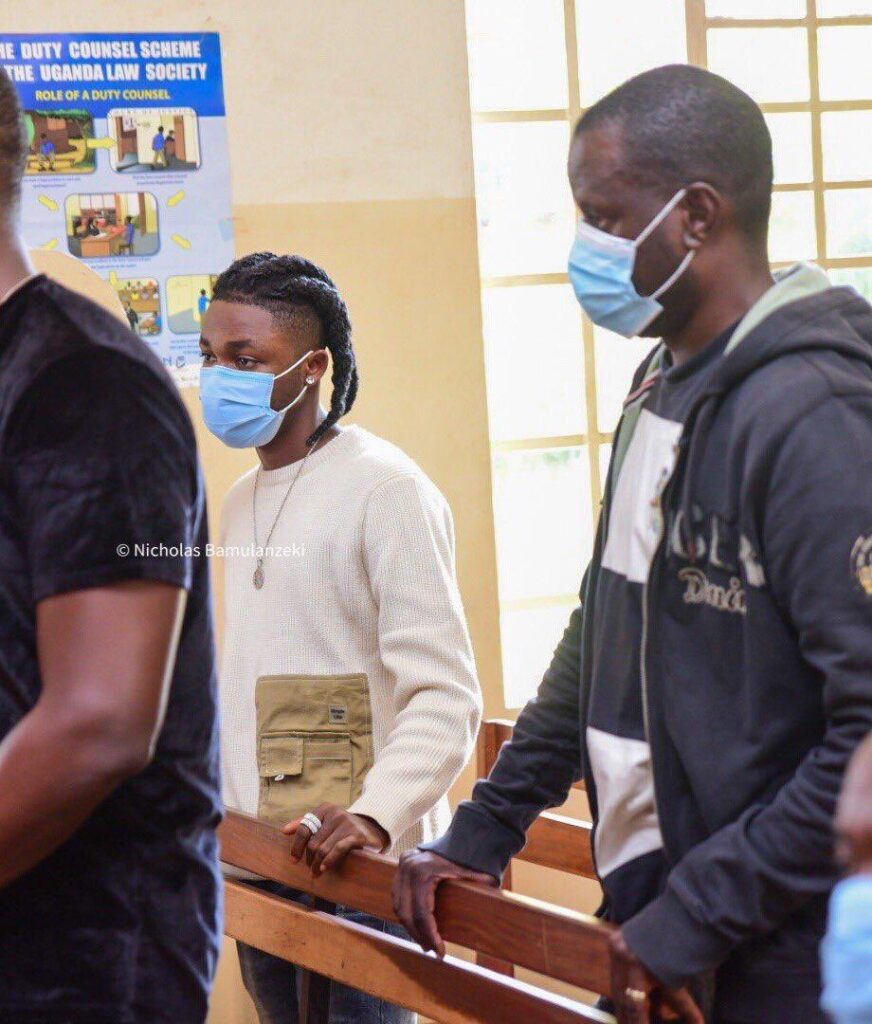 In defense, the Nigerian singer claimed he wasn’t the one organizing the shows but only came to perform to his fans. In his words, he said,

“I didn’t organize a show, I came on stage and saw teeming fans and sang to them…

Why am I being detained? Why am I not been given a right to a fair hearing?“

I didn’t organize a show, I came on stage and saw teeming fans and sang to them… 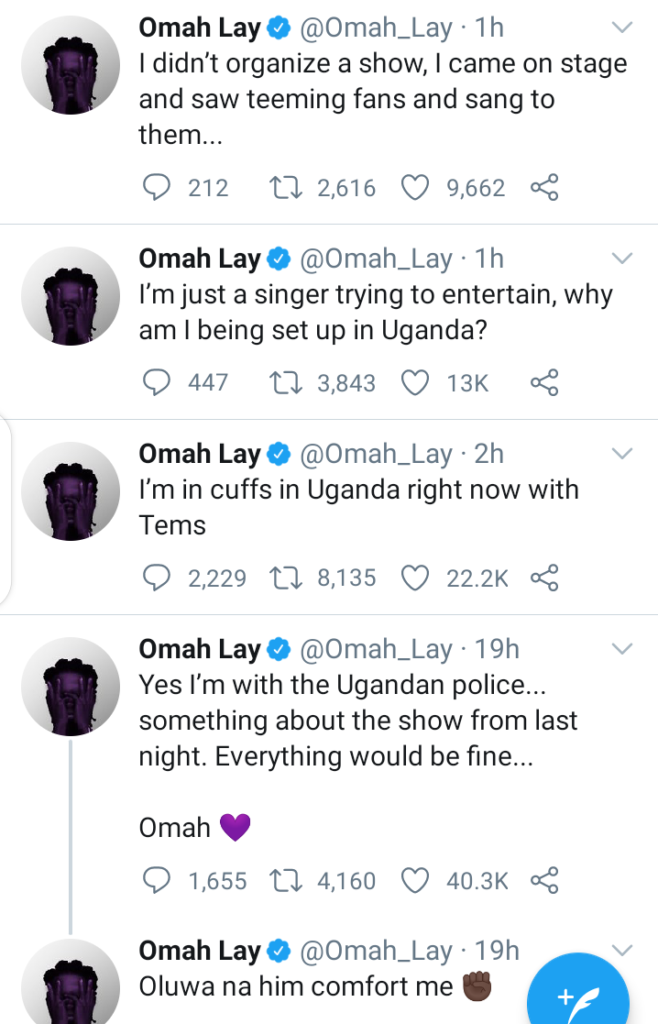 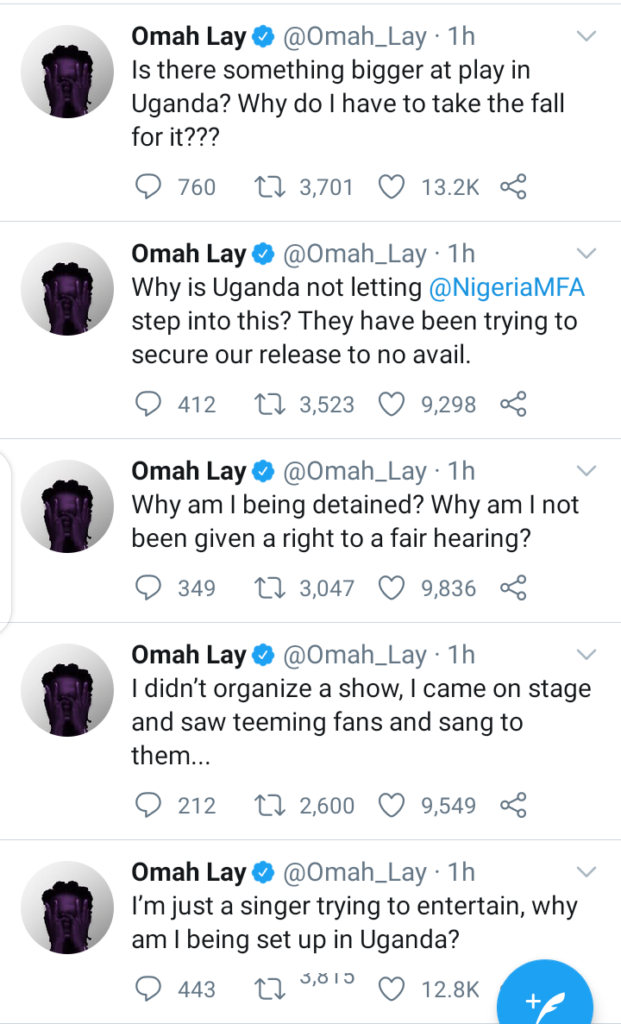 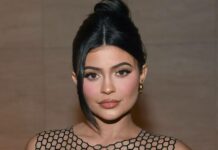 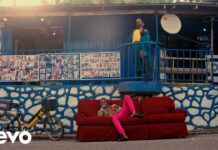 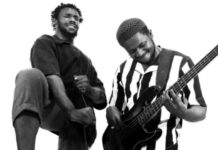