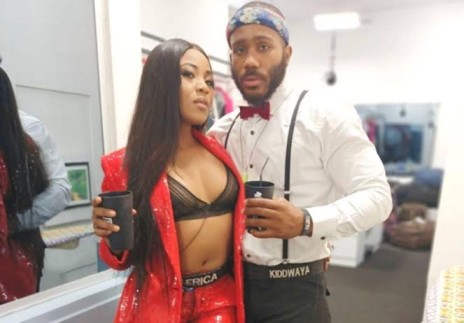 A while back photos of the couple lost romance was splashed over the internet.

We really thought Kiddwaya and Erica had something beautiful going for them until Kiddwaya dropped the breakup.

In a Q&A session on Instagram, a fan asked:

“Can you tell us what you mean in your punch interview about not having a love life?”

During a question and answer session which he held for the second time on his Instagram page, a fan asked him to explain why he claimed he had no love life when Erica is thought to be his lover.

Kiddwaya took to his instastory to answer the question. He went on explain that Erica was his girlfriend at the time of the interview, he just wanted it to be private and didn’t want people to be involved in his relationship but his word got twisted by the media and brought a lot of drags. 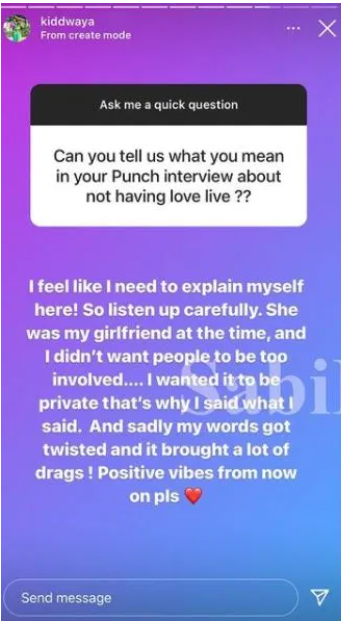 He went further to say that he was no longer dating Erica but they still had positive vibes between them.