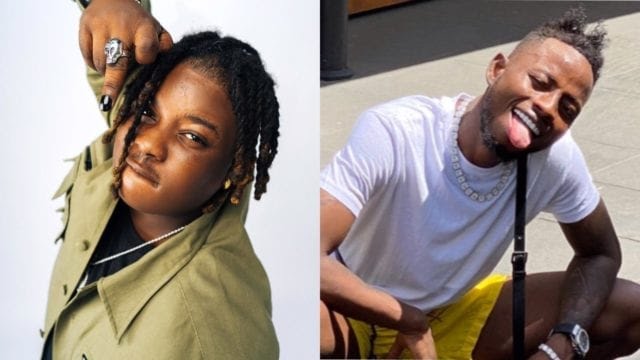 The CEO of Cash Nation, Babatunde Oyerinde Abiodun popularly known as Kashy Godson, the label under which singer Barry Jhay is signed, is dead. He died under what is said to be a controversial circumstance in Ghana.

Information available as at this hour is that; he slumped from the balcony of his hotel room after a face-off with his artist, Oluwakayode Junior Balogun, a.k.a Barry Jhay, the son of late Fuji music king, Ayinde Barrister.

The two were credited to have engaged in a physical exchanged of blows, while some people who claimed to be eye witness said Barry Jhay walked away to make a police report when his label boss who was said to be drunk at that moment, slumped. Others claims that he was responsible for the death of his boss.

All this scene was said to have taken place in a serviced apart in Ghana.  Here are  some of the video circulating online of the incident.

Video of Barry Jhay after the fight.

The matter is now been investigated by the Ghanian authorities.