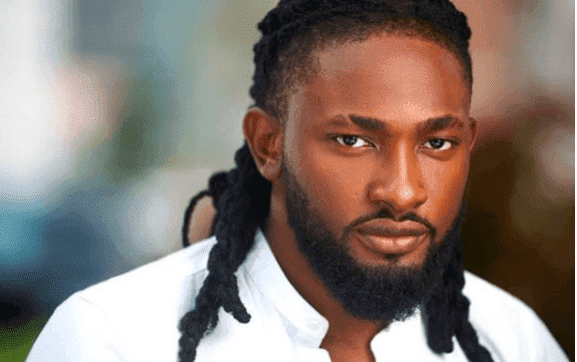 Big Brother all star winner and now Presenter of Jara, Uti Nwachukwu’s  comment on the Megan/Prince Harry’s Interview incurred Nigerians furry and set him up to dragging on social media

The presenter/actor took to his Twitter to show his view on relationship. Trying to demonstrate that his loyalty will always be with his family rather to his Romantic partner, if he was in Harry’s shoe. The actor wrote on his Twitter handle : “you see this love thing , if makes you turn your back on your family, Then hmmmm Watch out!! Even if Clifford Orji was part of my family, I will neeeveer!!! Join anyone ( especially a romantic partner) to bring down and condem my family..never. #LoyaltyIsKey.

The mention of “Clifford Orji” in the statement has make alot of Twitter Ng users to start playing pinball with his name by dragging him and throwing a lot of jabs inform of abuse his way.

Clifford Nwa Orji for  many  who do not know him, he is the  first documented Nigerian cannibal  who was also indicted in serial killings, kidnappings, and sale of human body parts and was arrested in 1999. Orji died on August 12, 2012 in Nigeria’s only super-maximum penitentiary where he spent 13 years.

U SEE THIS LOVE THING, IF IT MAKES YOU TURN YOUR BACK ON YOUR FAMILY, THEN HMMMM WATCH OUT!!

EVEN IF CLIFFORD ORJI WAS PART OF MY FAMILY, I WOULD NEEEVERR!! JOIN ANYONE (ESP A ROMANTIC PARTNER) TO BRING DOWN AND CONDEMN MY FAMILY..NEVER! #LOYALTYISKEY

Some of the replies he got:

The wife you married, isn’t she your family too. Have always known that you don’t have sense. It shows clearly now.

Within the confines of marriage, your immediate family comes first. But for you to think this way, it means deep down, you don't see a wife as family.

Shame. He even compare with Clifford Orji.
This is what has kept Nigeria where it is. Don't fight Buhari; we are fellow Northerns, Buhari won't stop Fulani herdsMen, they are his tribe.
Stand on the ground of truth!! Not "family" by the way who is a family. Your blood; .WRONG!

Clifford Orji?😳😳. You didn’t have to display this level of foolishness. If you can support a cannibal what does that make of you? You see this mentality is why Nigeria is here; support your own no matter his/her crime.

So it's when that your wife enter depression or commit suicide then, Uti Nwa ekwensu..will be called good husband 1000 yards husband for allowing his wife to die because he want to preserve family… Thunder!!