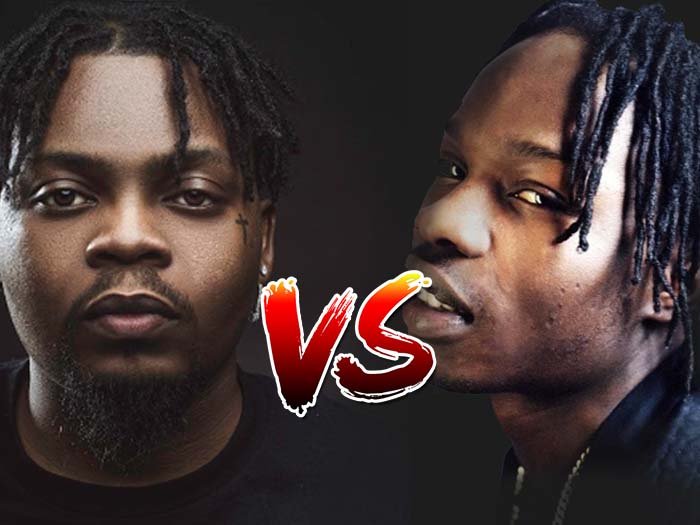 I think it’s about time we address this once and for all. The crown needs a king, the street needs a king. Naira Marley and Olamide have been holding it down for the street for a while now.

The YBNL singer Olamide Gbenga Adedeji aka Olamide who recently penned down a deal with Empire music has been in the Nigerian music scene for a decade now. Olamide released his debut album Rapsodi in 2011. He also linked up with his longtime friend, Phyno for their collaborative 2Kings album released in 2015.

Baddoo as he is fondly called is a solid rock as far as the Nigerian music industry is concerned. He has been dishing out back-to-back hits for years now. He is the man behind Lil Kesh, Adekunle Gold, Fireboy DML, and the rest. Aside from dishing out street-pop with relatable melodies and lyrics, Olamide has been able to take a couple of talented guys off the street. His impact has been felt by many.

Naira Marley on the other hand can be considered a younger version of Olamide. The rapper came into the scene after linking up with Olamide and Lil Kesh in ‘Issa Goal’ which went on to become the theme song for the Super Eagles at the 2018 FIFA World Cup. He has also released several street-friendly joints including the controversial  Am I A Yahoo Boy song featuring Zlatan followed by Soapy.

The Marlian president has been able to raise a couple of stars from his record label. Zinoleesky, Mohbad, CBlvck, and the rest are all doing great under his tutelage.

But away from their age in the game or their impacts, judging from who is currently buzzing the more, who do you consider the king of the street between Olamide and Naira Marley?