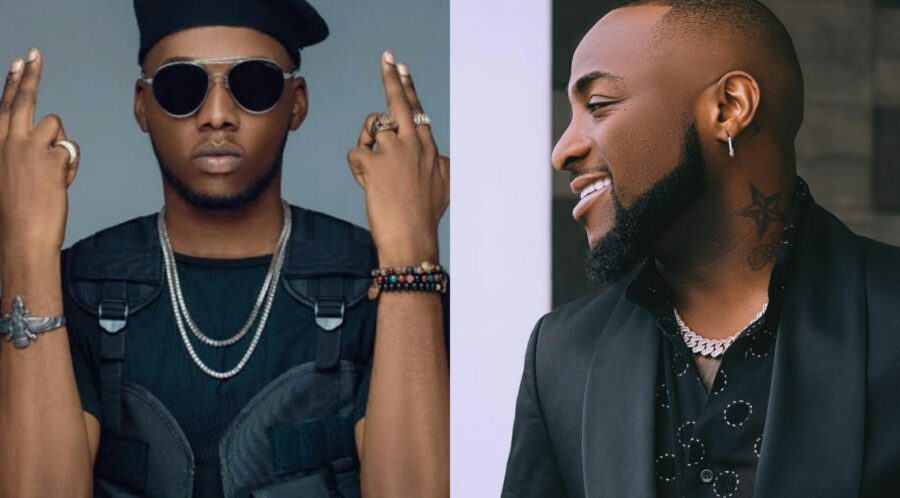 Victor AD born Victor Adare from Delta State in Nigeria is an Afrobeats singer and songwriter, He started his career in 2014, and by 2018 his song titled “Wetin you gain” became a big hit nationwide. After then he has collaborated with big names in the industry.

In 2019, he released a song “Tire You” where he featured Davido, and that’s the foundation of the whole controversy.

Recently, Davido celebrated 10 years of success in the music industry and it happens around the same period, he is said to have stolen the song.

Twitter especially is buzzing with comments about this topic and the timing of all this seems to be quite interesting. What do you think?

Victor AD just confirmed davido stole his record “Jowo” ? according to AD; OBO heard d song after they recorded “Tire You”. He was surprised to see d song on ABT without him/his mgt consent; He said davido blocked him on Socials & threatened to ruin him. This wickedness ?

I am not against you buying songs. Buy all your hit song all you like but don’t come out hitting your chest and claiming you’re the best. When all you ever did to get to the top was copy and paste n claim hardworking. No one hit song to your name. Victor Ad

The biggest theft didn't just happened in Aso Rock as i hear say Davido Stole Jowo from Victor Ad. Nigga can never write a hit song, no wonder top celebs didn't wish him 10years of fraud. well the beautiful part of it is Made In Lagos is going to stay for 26weeks on "BBWAC" today

What do you think guys?